Editor’s note: The following post  is written by contributor Josh Collar who blogs about escaping the rat race over at White Collar Freedom

I have a secret little folder on my computer.

No, not that kind.

I mean, inside it, lies years of semi-nude photos – of myself.

No, not that kind either.

Inside that folder lies many sub folders labelled with a date and my weight at that time. My first folder was labelled (20th February 2009 – 58 kg).

You see, about 6 years ago, I was a scrawny little kid and I wanted to pack on some weight – some lean muscle mass. So I read all I could about fitness, diet and weight training. In the beginning, I was really slightly obsessed with bodybuilding and would spend any free time watching motivational videos (umm, you know the kind with sweaty men in ridiculously small singlets?).

Looking back, I finally understand why my parents would give me that strange look every time they caught me watching those videos. They were concerned, and I don’t blame them.

Yesterday, I created a folder – (10th April 2015 – 80 kg). Although I have not reached my personal goal yet, I don’t think anyone could call me scrawny either.

In between 2009 and 2015, I had about 75 sub folders created, all meticulously labelled with a date and weight. In fact, every month I would take a photo of my progress and file it digitally.

In short, I tracked and measured my progress – and that has allowed me to progress beyond what I expected.

Are you tracking the dollars that go into and out of your life?

Every time someone complains to me about their state of finances, the first question I ask them is this, “Do you track and record your expenses?” or “Do you know where your dollars are going?”

Most of the time, they will shrug and say, “No”.

And there…right there you have it, the main problem with their finances is the fact that they’re not keeping track of their dollars.

I used to downplay this as well…

Here’s the hard truth, it’s not magic and it’s certainly not rocket science. No, it does not disappear, you’re just in denial. Face the fact that as long as you’re not tracking your expenses, you are giving yourself a chance to be irresponsible with your money.

I make excuses too

When I first started tracking my expenses, I found 101 excuses not to do it.

It’s a hassle, it’s too much work, I do not have time…bla bla bla.

Think of yourself as a business.

And everything in life gets uncomfortable before it becomes a habit. Even smokers find it uncomfortable when they took their first puff. After a while, it became a habit.

That’s how habits are formed.

Our job, is to form good ones. 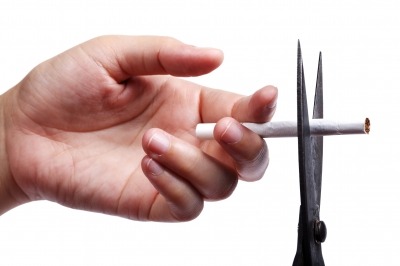 It sheds light on your weaknesses

It is almost impossible to overspend when you are tracking your finances.

Because it is like a spotlight, shining down on your weaknesses, your gaps, and the areas in your finances that are in really bad shape. That, makes you embarrass and it will steer you in the right direction.

It keeps you from sliding backwards

Here’s the thing about tracking your finances. It prevents you from backsliding.

When you have built a positive trend line, it stops you from doing something silly as it will nullify your progress. Like an anchor that you can fall back on, it’s a reminder that you’re making positive steps to change your situation. Success builds on success.

And trust me, as long as you’re consistently  measuring your progress, it’s very difficult to backslide.

I’ll end by saying this,

You can’t change what you don’t measure.

« How are YOU Makin the Bacon Series: LESLEY SCORGIE
Spending In America When You’re Fresh off the Boat »