Back in the day, I always assumed in order to be an entrepreneur, a successful one for that matter, you had to be the extroverted type. You were that guy/gal who could strike up a conversation with anyone. You lit up the room every time you walked into it. You had the charisma and everyone wanted to connect with you. Everyone wanted to shake your hand and buy you a drink.

I’m that person who doesn’t like attention.  I often try to avoid it at all costs.

At large social functions, I often try to hide in the corner or by the food and usually won’t speak unless spoken to. I find small talk extremely uncomfortable.  Large groups of people make me nervous and I do much better one on one.  I know it’s all in my head, but often I feel like everyone seems to know someone. I’m the only one who doesn’t know anybody and am left standing awkwardly by myself.

I’m pretty shy in general and for as long as I can remember, I’ve dealt with social anxiety to a certain degree.

I was the kid who needed coaxing to join the other kids who were playing together. I never had that lemonade stand as a kid. I hated having to sell those chocolate covered almonds for the school fundraisers. This was before nut allergies were common.  Instead I made my poor mom and dad sell the chocolates at their respective workplaces. Come to think of it, they sold a lot of things for me.

I worked in retail for almost a year when I was between jobs. I absolutely dreaded it because unless I was doing inventory, I was interacting with strangers constantly.  This terrified me constantly and I found it extremely difficult to create a genuine conversation through a couple of minutes of superficial interaction. 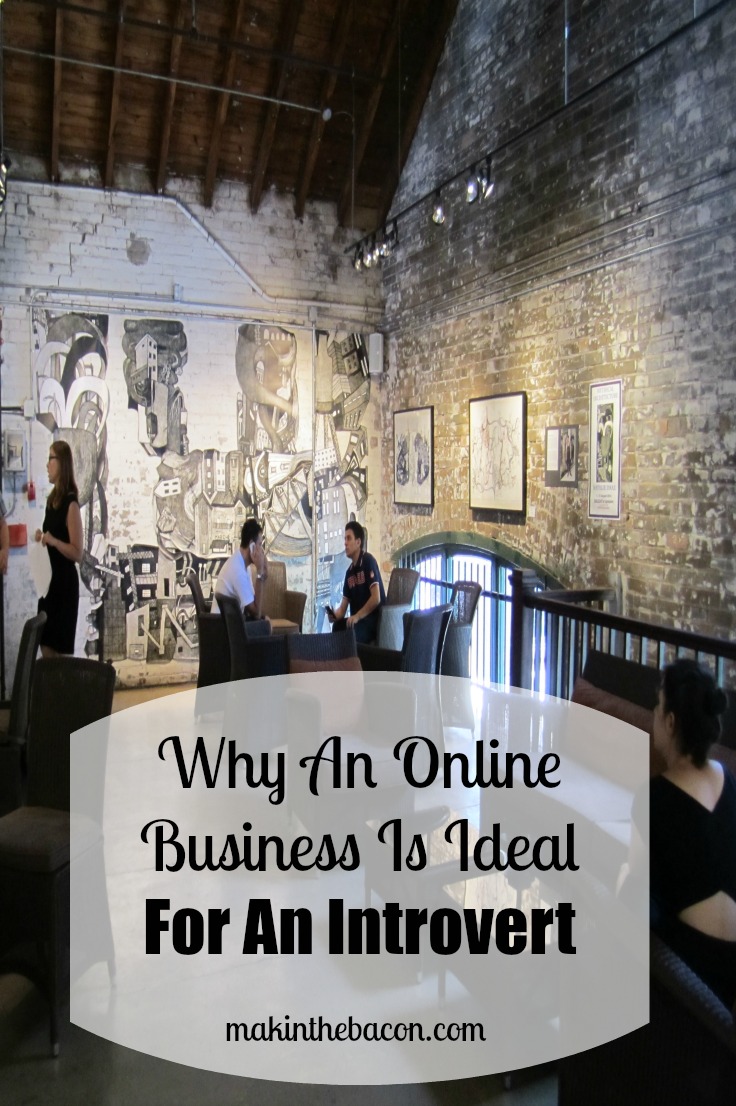 For the majority of my life, I was pretty convinced that because of my personality, I was just not meant to have a business. I could not sell anything. Even if my life depended on it.  The mere thought of trying to promote myself and my online business constantly just made my stomach turn.

While sharing on social media seemed so easy because everyone does it, I initially found it hard to constantly share on social media. I had the fear of self-promotion.  I wanted to share with everyone what I wrote, but at the same time I was afraid of what people would think, what they would say. It wasn’t until recently, when I changed my blog’s focus that I started to get over the fear of self-promotion.  I knew that in order to get noticed, I had to put myself out there.

While starting any type of business is no walk in the park, (doing it full-time or on the side), I believe the emergence of online businesses and online communication has made it easier people to start one. Especially the introvert. It has made them realize that they too, can set up an online business and become a small business owner or freelancer. It allows a type of interaction that introverts can be more comfortable with.   Etsy enables creatives to sell their handmade wares. You can create your own online store using platforms such as Shopify or WooCommerce.

Offline networking still has value but online networking can be easier for some, depending on their location. This way of networking enables you to connect and collaborate with people on a global scale. Through mediums such as live chat and social media, e-commerce has opened the doors of social interaction. Project management can be done through tools such as Trello or Asana. Remote workers can communicate with their teams through Skype, Google Hangouts or Slack. There is still some human interaction in that sense, but this form of a business meeting or client session can be less intimidating for the introvert.

As an online business owner (who is also an introvert), do you find yourself more extroverted when you are networking and socializing online?