Welcome back to Monday, folks. Which also means welcome back to the grind. To get rid of those Monday grumps (or maybe I’m the only one that has them 😉 ) check out the following guest post from Josh Collar @ White Collar Freedom:

As I sit here writing this, I see my reflection on the screen fading in and out as my thoughts drift back to my teenage years…

Growing up, I never quite understood why some people would spend their time clipping coupons, shopping at discounted stores and collecting points that they could later exchange for a set of cutlery.

My mother was one of them.

In fact, her wardrobe hardly changed over the years. The only thing she spent her meagre paycheck on was on me and my sister’s education – there were no compromises when it came to our wellbeing. Amazingly, we even had piano lessons and art classes on top of our academics.

She believed in giving us an edge – one that will cut through the opacity of our future.

My father’s valiant attempts at growing his tech start-up were futile most of the time. He had a brilliant mind, a brilliant idea but his ideas were far too advanced for the market to accept at that point of time. Like any entrepreneur, he invested time, money and eventually a part of our stability.

So we went through bouts of constant bickering (mostly over financial matters) and let’s just say there were some pretty rough periods that caved in on us.

But somehow, we survived. We hustled through.

As I started to earn some money from part-time gigs, my taste buds escalated to a higher degree of sensitivity. I started to climb the brand ladder and wanted better things, shinier gadgets and designer labels even when I couldn’t afford it.

Still oblivious to my situation, I couldn’t understand the value of frugality and having a ‘finer taste’ in life was my way of dissociating myself with frugal, thrifty people.

I was quick to agree with statements like, “It’s not how much you save, it’s how much you earn”. While there is some truth to that statement, I used that as an excuse for spending.

(I would later learn that it’s not about how much you save or how much you earn. It is about creating a gap between your income and expenses.)

After graduation, I left home to take on a job about 350 miles away.

Never have I seen so much money in my life and my sizeable paycheck was mainly fuel to a destructive financial life.

I wasn’t really enjoying my 9am to 5pm job (as it affected 3 of my most important values: passion, relationships and contribution) but I couldn’t quit because I needed to make the minimum payments on my credit bill.

I needed the paycheck.

In short, I was a paycheck slave, suffering through the drudgery of the rat race, the corporate treadmill to continue servicing my bills.

Then, it struck me.

I looked around and observed my colleagues in the next cubicle, they wore the same expression I had – a face of apathy from 9am to 4pm. Between 4pm to 5pm, they kept checking the time – as if the act of taking frequent peeks at the clock would make time pass faster.

It was apparent that I wasn’t the only one in this drudgery.

There and then, I decided not to be a paycheck prisoner anymore. I can’t imagine living a life like this for the next 40 years.

I started by paring down my possessions, shedding excesses that had little value in my life and found ways to reduce my expenses.

I threw whatever extra I had towards the debt that I had wrecked up. Through my frugal experiments, I finally understood the value of my mother’s frugal lifestyle – it wasn’t about the money, it was about focusing on what mattered to her – her kids.

Not long after, I cleared all my debts and had a positive net worth for once in my life, but underneath, a deeper problem still lurked.

I was still unhappy with the rat race. I wasn’t “making a living”, it was more like “making a dying”. 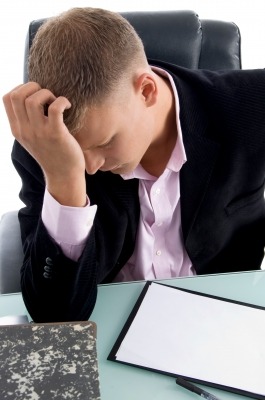 Then I discovered the term financial freedom.

You mean I can build a system that will continue to generate passive income, forever?

Yes, but it means that you’re going to have to make sacrifices along the way to build it.

Unlike many personal finance advice out there, I didn’t want to save 5-10% of my paycheck and invest it in a safe, secure fund with conservative returns so that I can retire at 65 and be the richest man in the retirement home.

‘There must be something better out there’, I thought. Then I came across the concept of early retirement. Quite a number of people have achieved it (google: Mr. Money Mustache, Jacob Fisker, The Escape Artist).

It made complete sense, maintain a very large gap between income & expenses (50-70% savings), invest the difference in income generating assets and retire at 35.

Understanding that was the easy part. Implementing it, however, is where the challenge is.

Wanting Freedom Has Never Been Clearer

I want to have a choice, a chance to pursue what really matters to me: passion, relationships and contribution – and money is just a tool that will make that happen.

I no longer want a life centered only on Friday nights and weekends – in short, I wanted to own my future.

If you’re reading this, you’re that close to figuring out what money means to you. And if you’ve read this far, maybe you’re willing to go a little further and start making changes in your financial life.

Freedom will then be just around the corner.

Josh Collar is a 24-year-old corporate rat and ex-paycheck slave whose life is centred on the weekends. But all that is about to change. He shares his journey at White Collar Freedom.