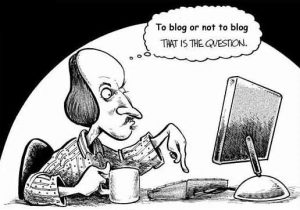 When I thought of the title for this post, I had the “Right Stuff” song in my head by New Kids on the Block. It is a very catchy tune.

The progress of my blog has been a slow, but still ongoing one. I started it back in July not really thinking much of it.  To be honest, I didn’t even think I would still be blogging.

Blogging has rekindled that feeling I had for writing. It rekindled the feelings that came out when I was writing. How the words would instantly appear at the tap of a key. How they just flowed out of my mind and onto the screen. I have been told I type insanely fast by people who hunt and peck for keys. That definitely helps when you’re writing posts. 🙂

Although I felt the best posts were the ones where I tried to be  honest with myself and the readers, there were times when it just couldn’t come out. I had “Blogger’s Block”. I’d sit and stare at the computer screen hoping something would manifest in my brain only to leave the screen blank. I’d come back, type out a few words and come back to it later.

It never ceases to amaze the vast amount of bloggers who have the “write stuff”. They answer your questions with such detail and patience. If only everyone was like that. They write about anything and everything. They inspire me and as I read their post, I’m thinking I have to comment on this or I can definitely relate to the message they’re trying to get across.

A few that stand out in my mind and are no strangers to the blogosphere.

Andrea  @ SoOverThis and Nuts ‘n’ Bolts Media She’s like an encyclopedia for blogging!

Jeremy @ Modest MoneyAnother blogger who knows the technical ins and outs of managing a blog. Check out his post on how to start a blog:  http://www.modestmoney.com/starting-a-blog/

Michelle @ Making Sense of Cents– Michelle was actually the first blogger who ever commented on my little blog. Thanks for finding me!

Daisy @ Add-Vodka– She was brutally honest about how much work blogging was and made me realize the amount of effort that needs to be put into it to make it work.

John @ Frugal Rules- Extremely knowledgeable guy about investing and has accomplished so much with his blog in such a short amount of time.

J. Money @ Budgets Are Sexy– For giving me a single shout out that brought more traffic to my site. Budgets are INDEED Sexy.

Lauren @ Lbee and The Money Tree- Her posts are so funny and in your face.

Tonya @ Budget and The Beach– Her posts are open, honest ones that you can relate to.

And for everyone who has ever commented on my site, shared my posts on their sites, tweeted my posts, and decided to follow me, I can’t thank you guys enough. You are part of the driving force behind this blog.

« The Only Reason I May Want Children
Do You Believe in Luck or Do You Make Your Own? »