Editor’s Note: The following post is by contributor Zee from Work to Not Work. 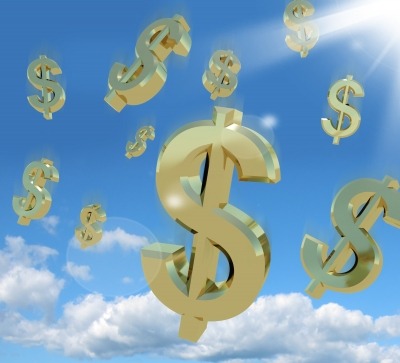 Instant gratification is more prevalent than ever these days, right now Amazon is starting to roll out a new service in some places called Amazon Now which will get you your order within an hour of when you clicked “buy”.

Today is the era of NOW.

Everyone wants results now, most people don’t have the patience and discipline to build something from the ground up, slowly and with hard work. Part of the reason I believe this is all of the kick starter campaigns out there. Everyone is trying to skip the step of “let’s start a business out of my house” phase and go directly to “I have a profitable business on day one!” I don’t blame them, I mean, who wants to work hard at something that either doesn’t pay back for a long time, or possibly never (I realize that basically all bloggers have gone through this struggle).

I was talking with one of my friends about this recently, the company that he works for started out of a converted taco truck and sold clothing at farmers markets when they first started. Now they have multiple store fronts in the bay area and their clothing is sold throughout the US. They slowly built their company from a single truck to the thriving business it is today. But that’s not how people are trying to build businesses anymore. They are trying to crowd source the capital so they can skip the years of slowly building a brand and becoming profitable before they start.

Sometimes I have no issues with these sorts of campaigns. If a friend has a medical issue and needs funding to help pay for their treatment – I’m totally okay with that. Life happens, sometimes we need help to get through. But other times, when someone wants to start a small business but doesn’t want to invest their own time or money…. That just irks me. Just last week there was a crowd sourcing campaign on Indigogo for $2 million to make a movie sequel for “Super Troopers 2” which I thought was just stupid. The first movie grossed over $23 million so why do they need to ask for more money to make a sequel? That just seems ridiculous to me. I loved the first movie, and I will probably watch the sequel, but paying to have them make a sequel and then paying again to actually watch it.. No thanks. But I’ve actually seen worse than this. Just a few years ago Zach Braff did the exact same thing to fund a movie of his on kickstarter. When someone who was the lead character on a TV show for 9 years asks for money to make a movie… That just pisses me off.

But those are just some of the larger extreme cases. There are tons of art projects and business ideas out there that people don’t want to put the elbow grease in on to see if they can make it succeed over time.

The American dream used to be that if you worked hard and put in the time and effort you could make something happen. But today’s American dream is to have an idea, then sit on your ass and pay other people execute your idea with someone else’s money. To be honest, I would love to have that situation work out for me, but do I think it’s realistic…. Not really.

Look, I’m a fan of short cuts. That’s basically what I do as an engineer, I automate things so certain tasks don’t have to be done by humans. But if your crowd source campaign doesn’t work, maybe it’s time to put in some old-fashioned elbow grease and get the job done like it was in the old days.

So kickstart your ass and get out there and Indigogo fund yourself people!