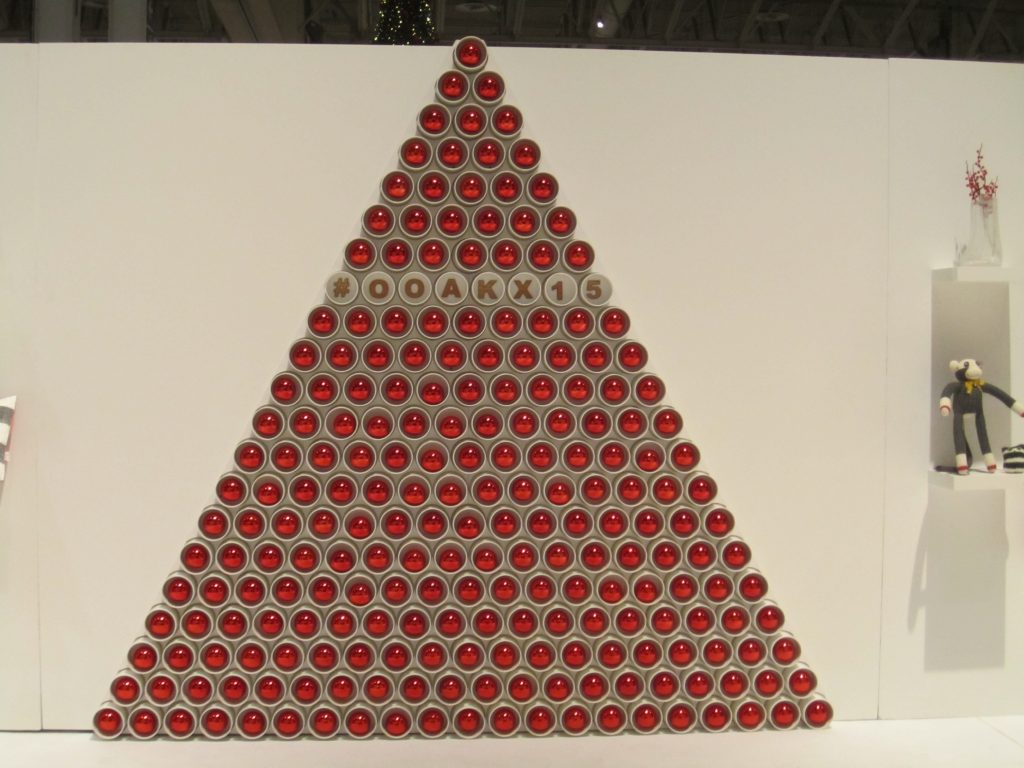 Since the One of a Kind Show was on  the way home, I made a date with my sister to check it out after work.  Despite the fire alarm and having to evacuate the exhibit hall momentarily, it was nice that there wasn’t too big of a crowd at the show. We did however lose a bit of time. I was hoping that the show would remain on for an extra half hour to make up for the fire alarm issue, but they still closed at 9 pm.

The holiday show is a big one and we had a lot of ground to cover.   I’d like to share with you some of the things I personally thought were “one of a kind.”

Science geeks can appreciate this one. Although I majored in science and took three organic chemistry courses, I’m not sure I can consider myself a science geek. Perhaps a former one. Well this former one bonded (get it?) with the clever cards and buttons found over at The Chemist Tree booth. 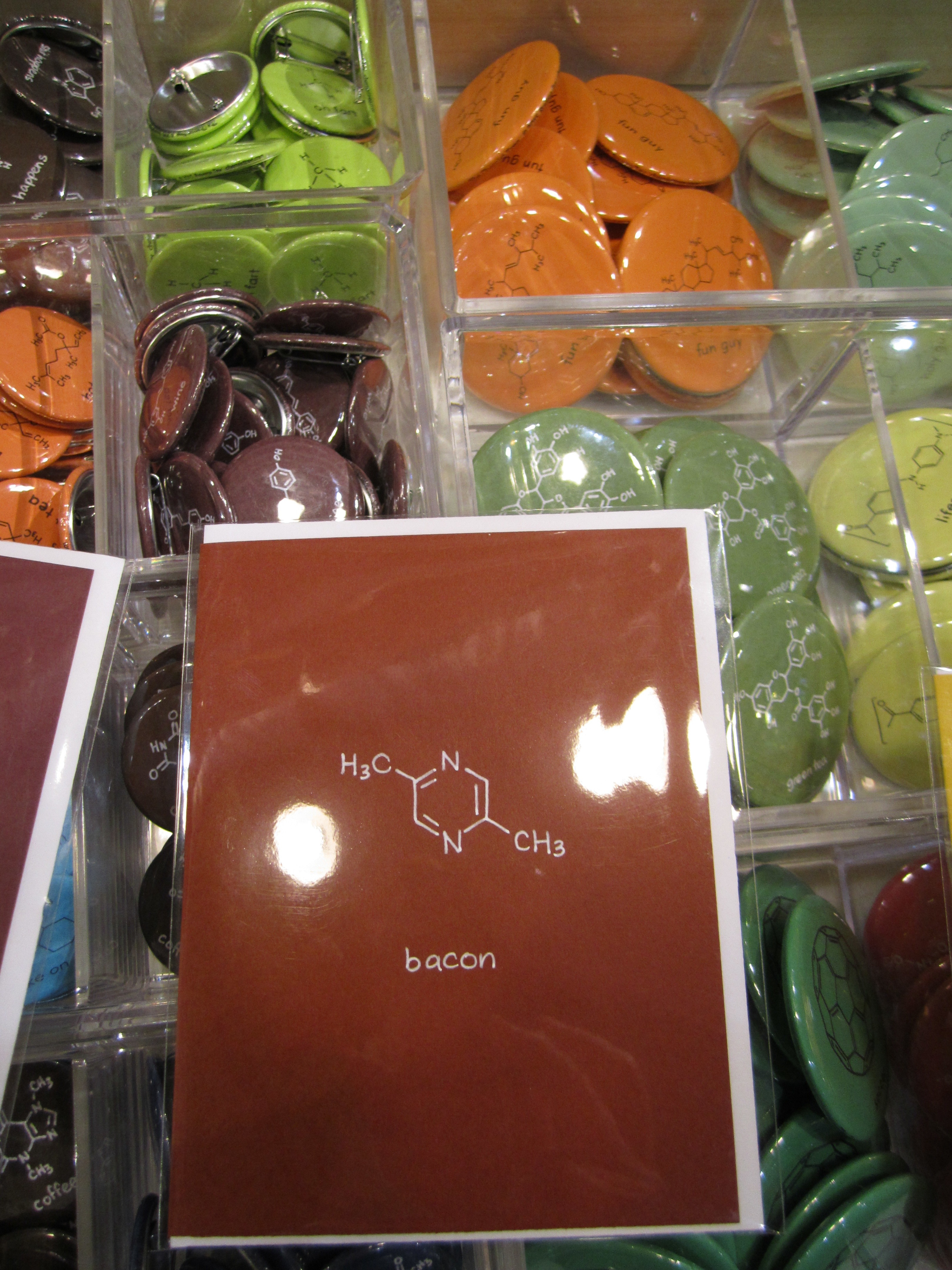 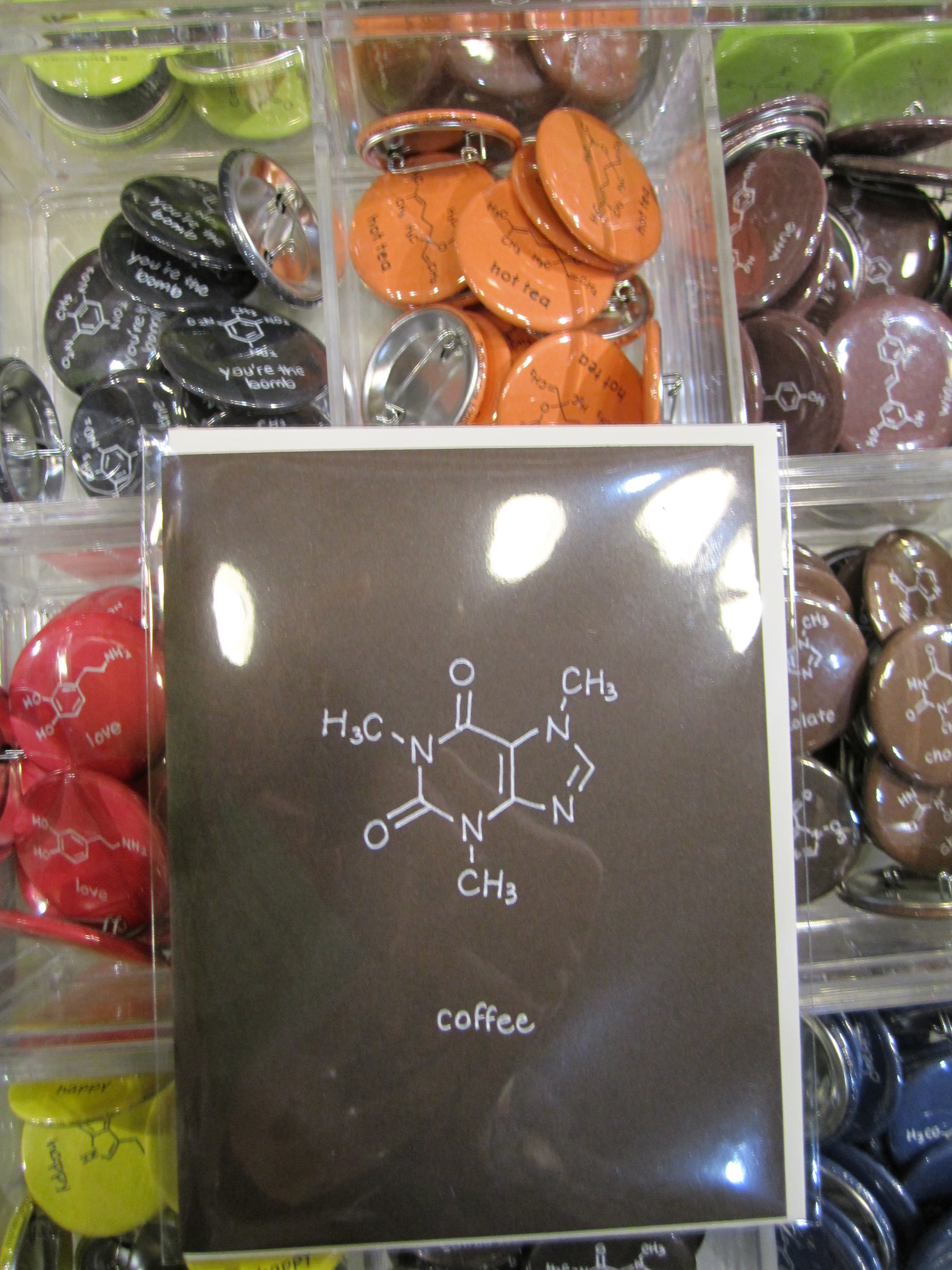 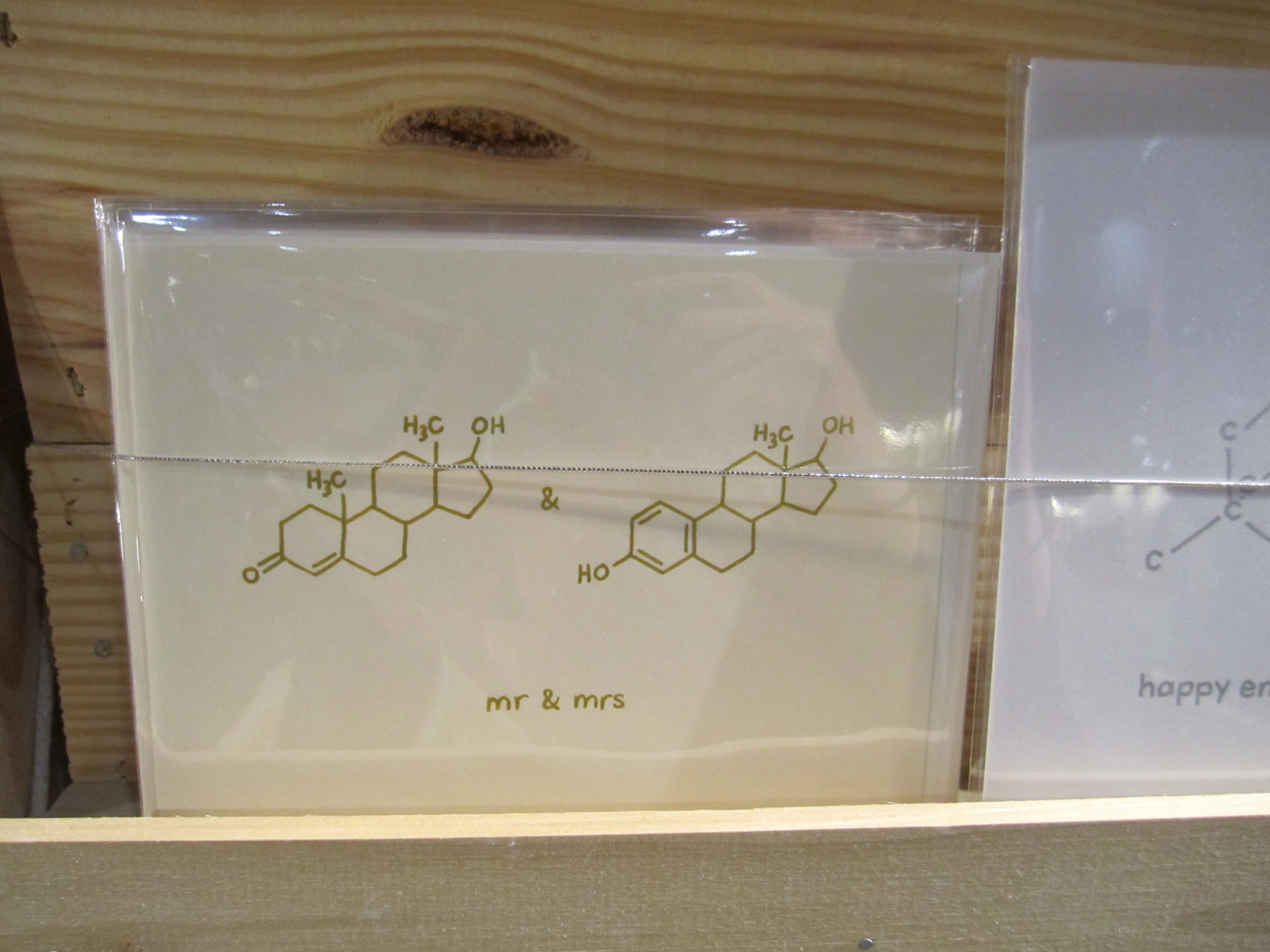 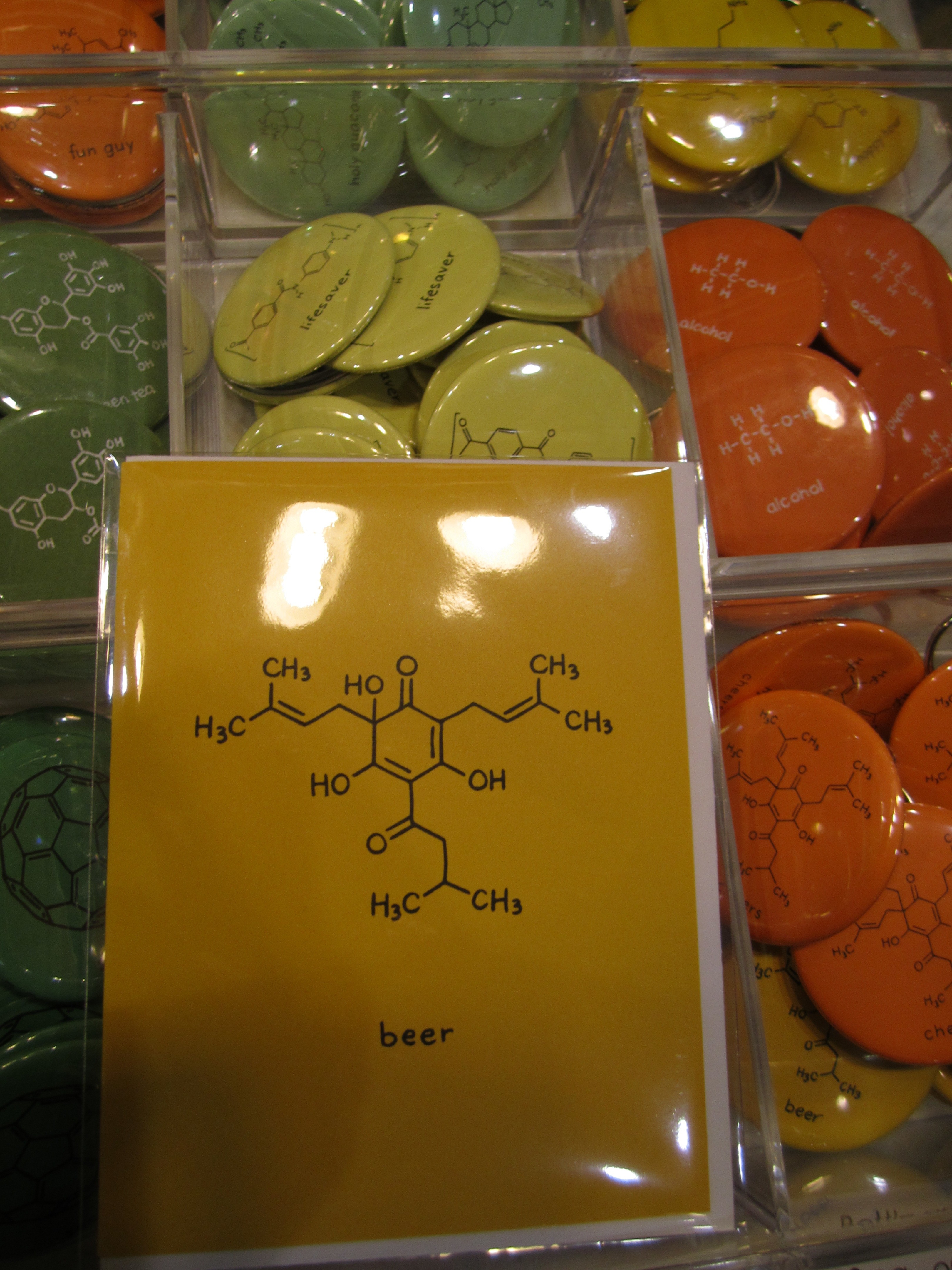 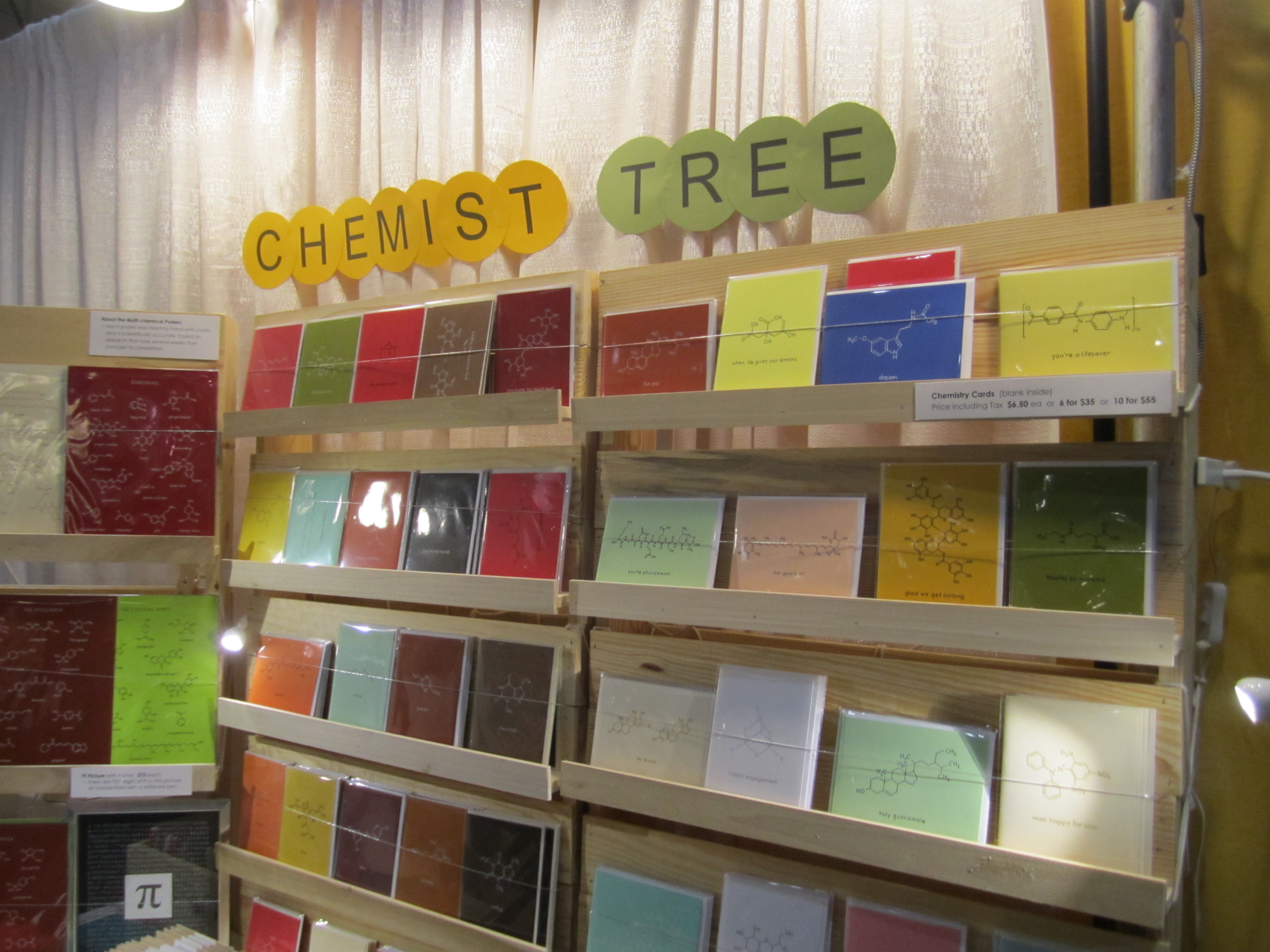 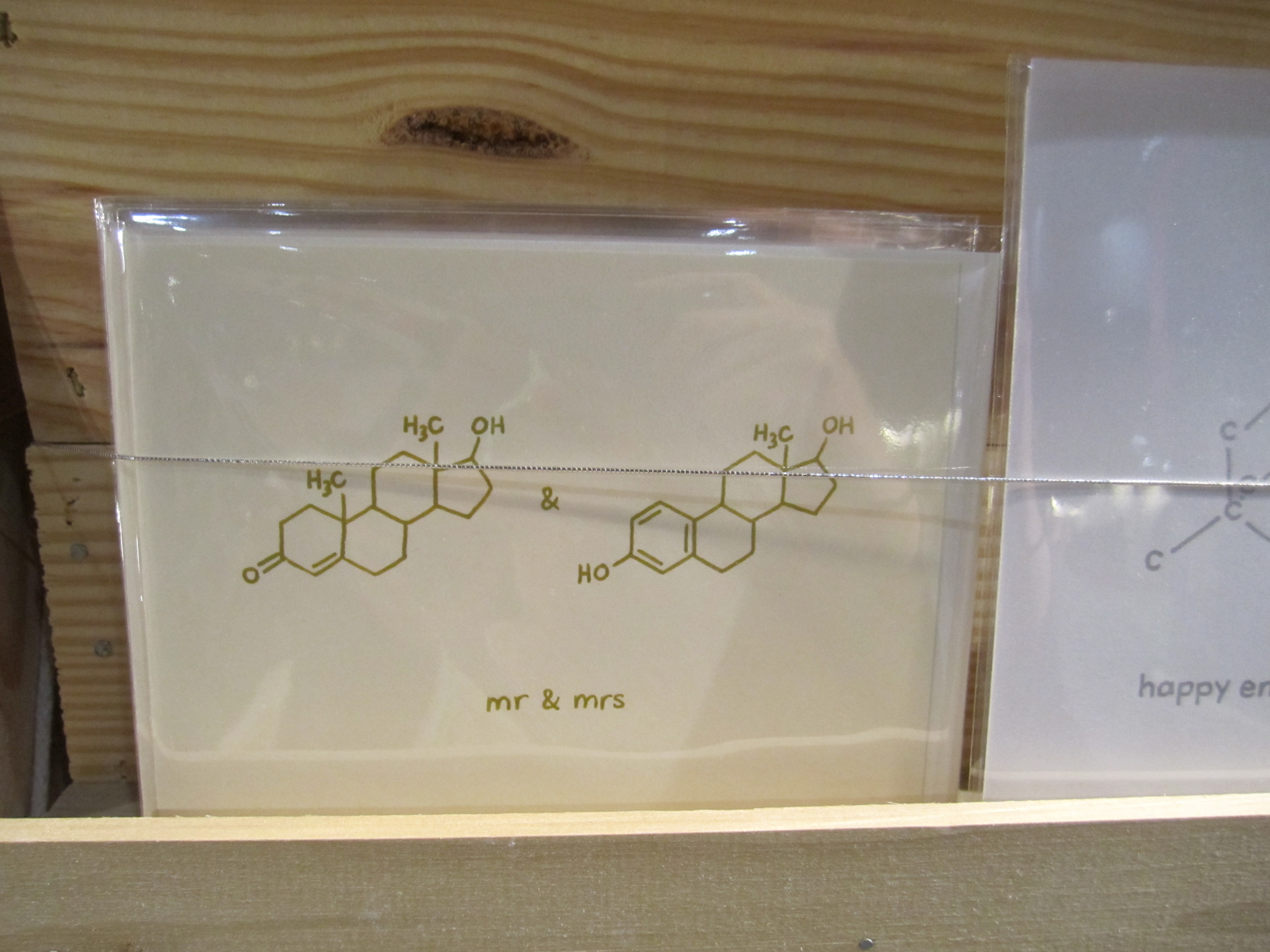 I am a bibliophile and notebook collector. Put the two together and you get this unique creation from Margi Laurin 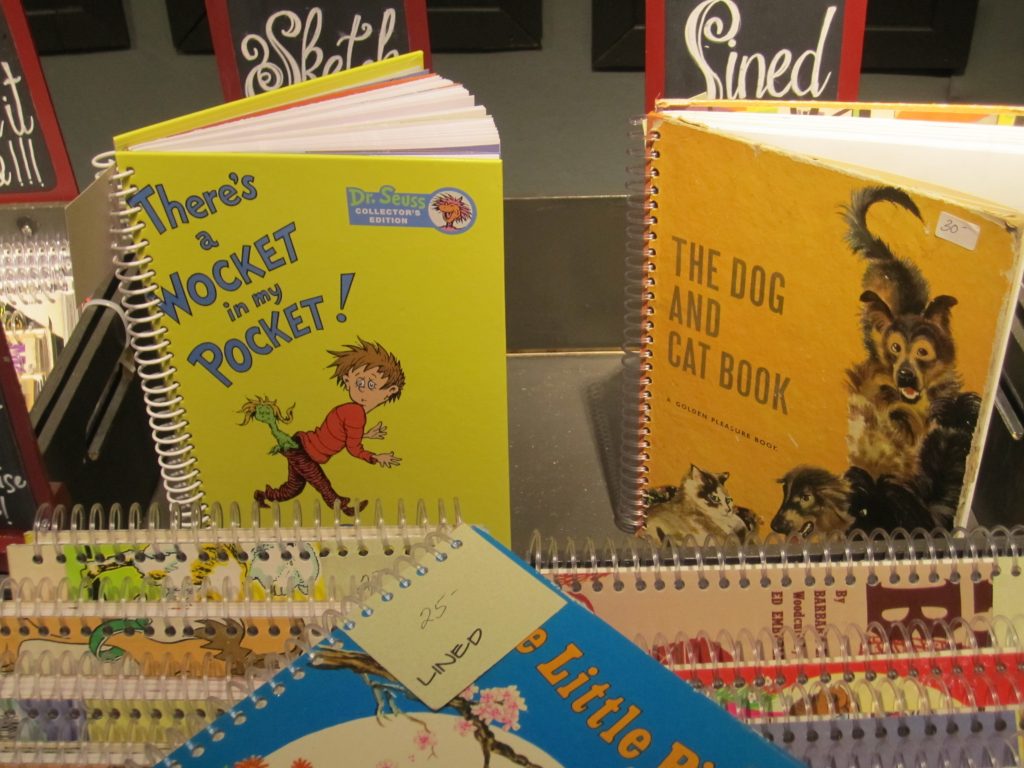 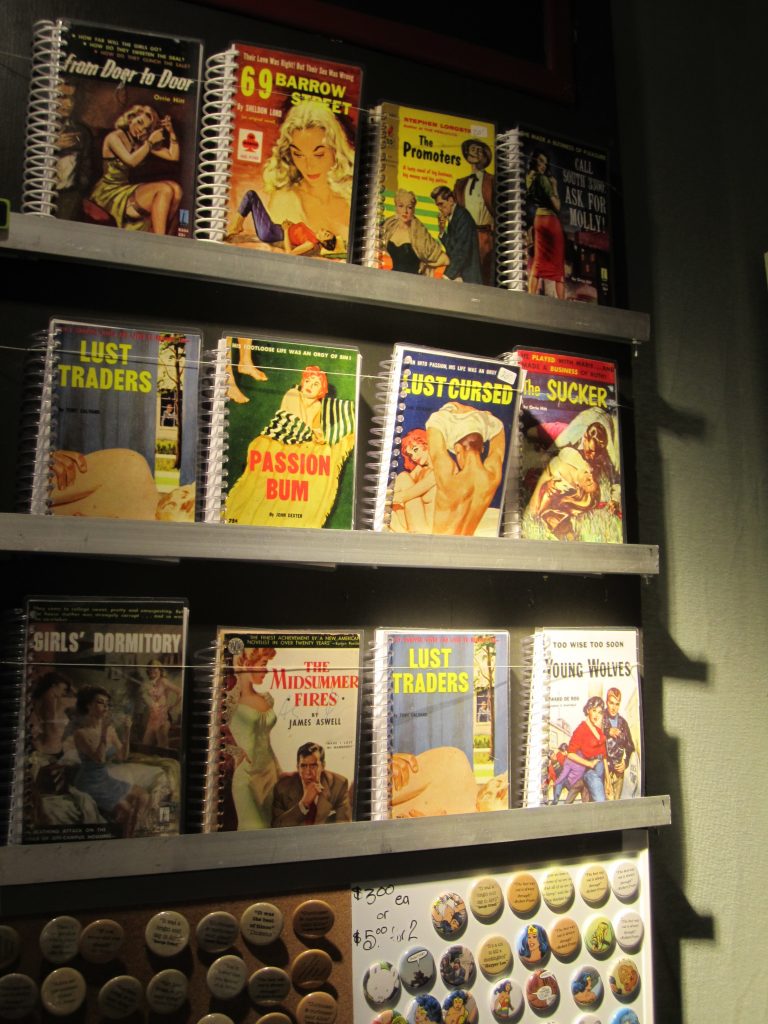 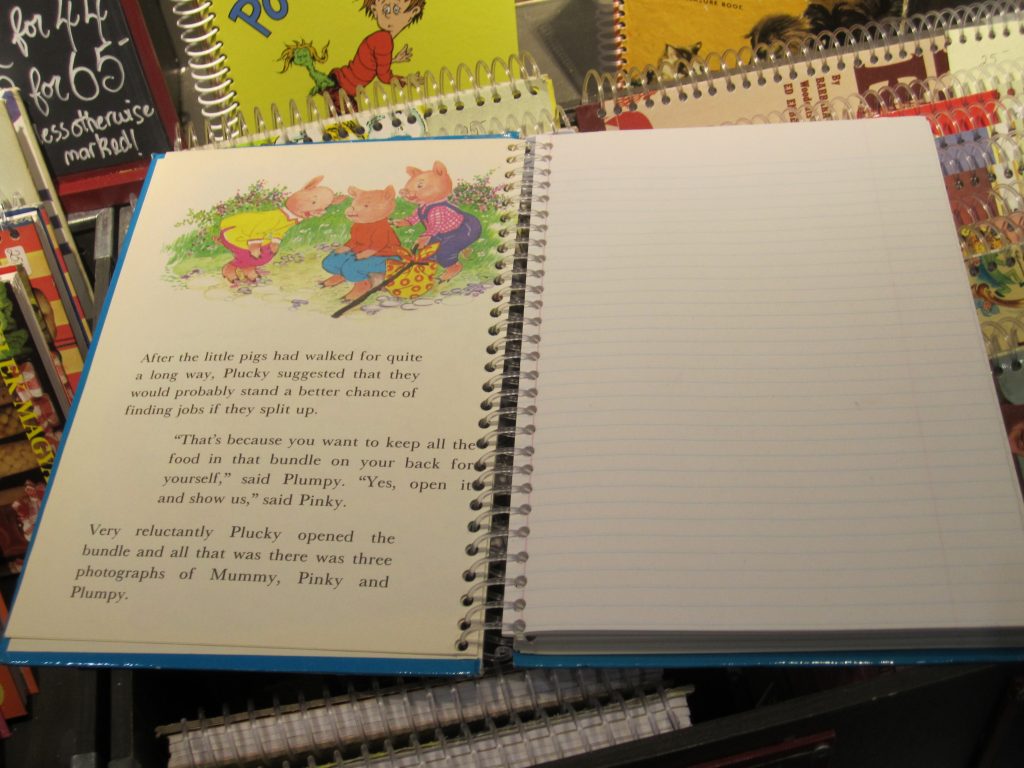 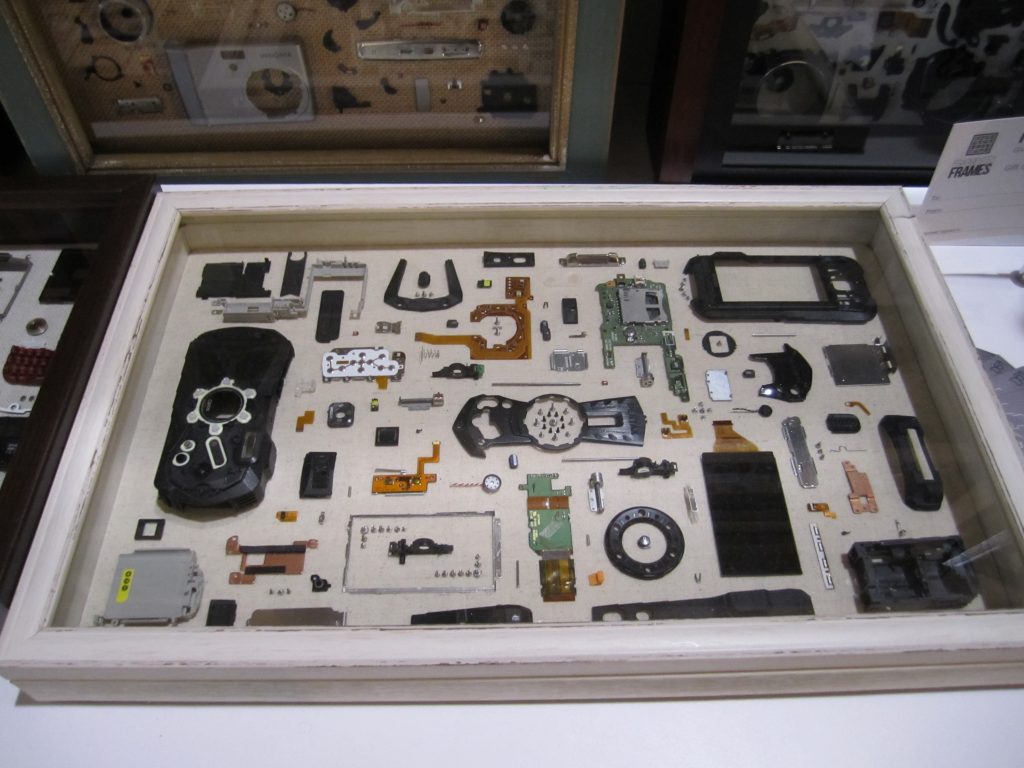 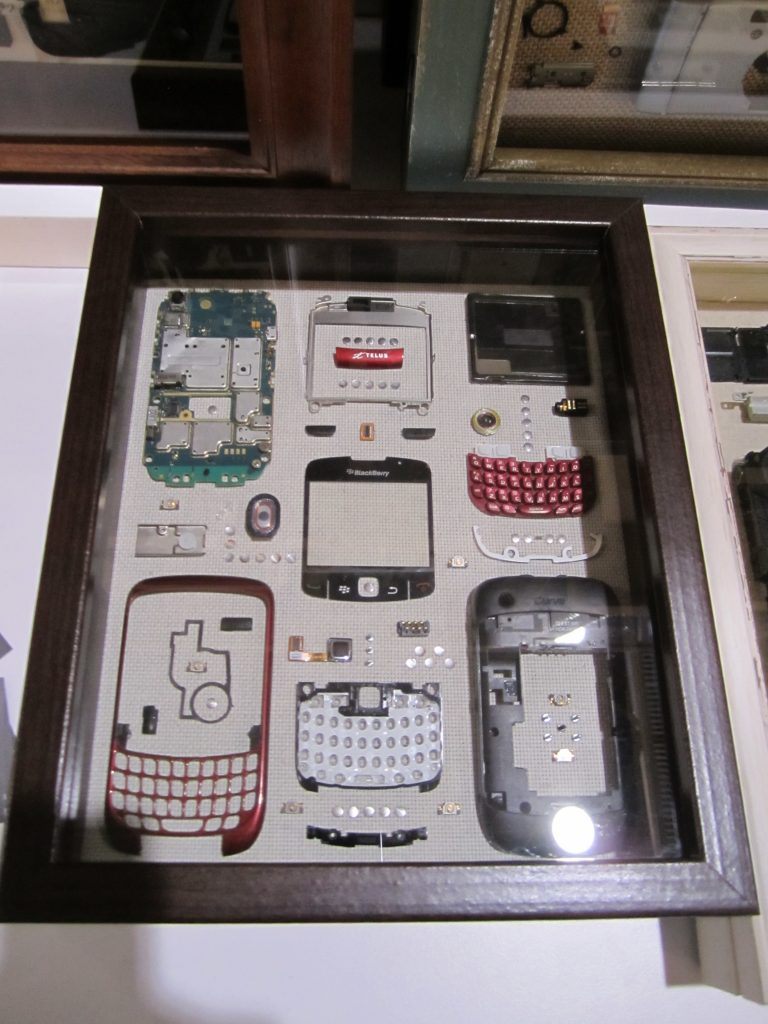 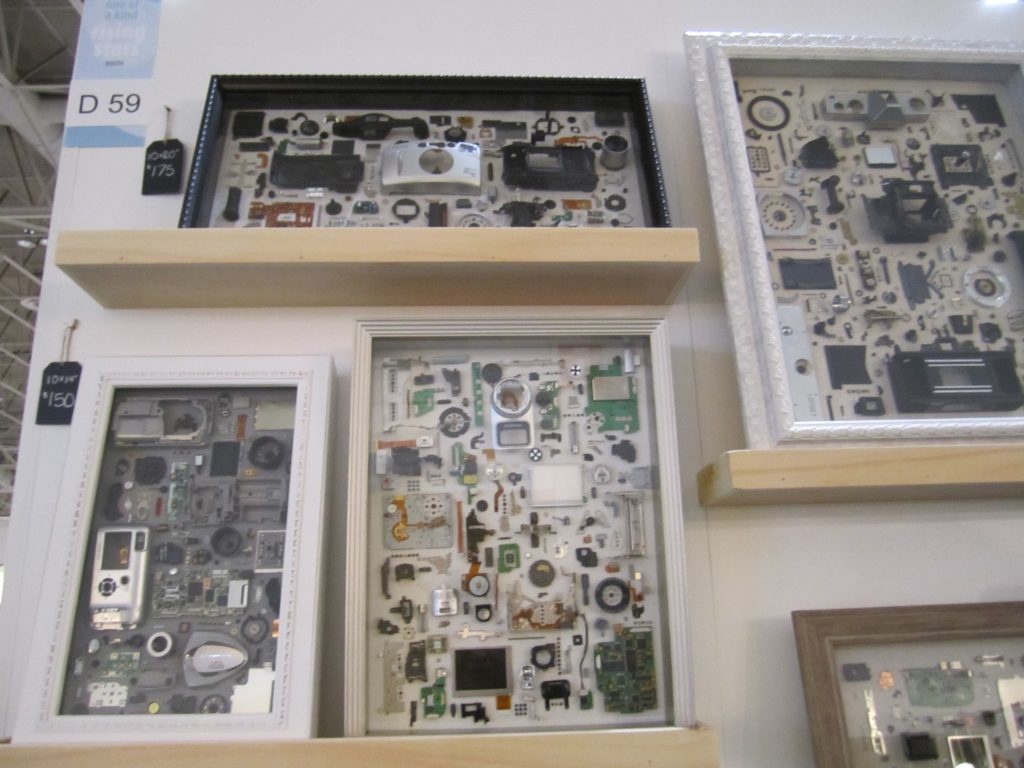 For those of you wanting a piece of Canada in your home, feast your eyes on these creations from Route 401 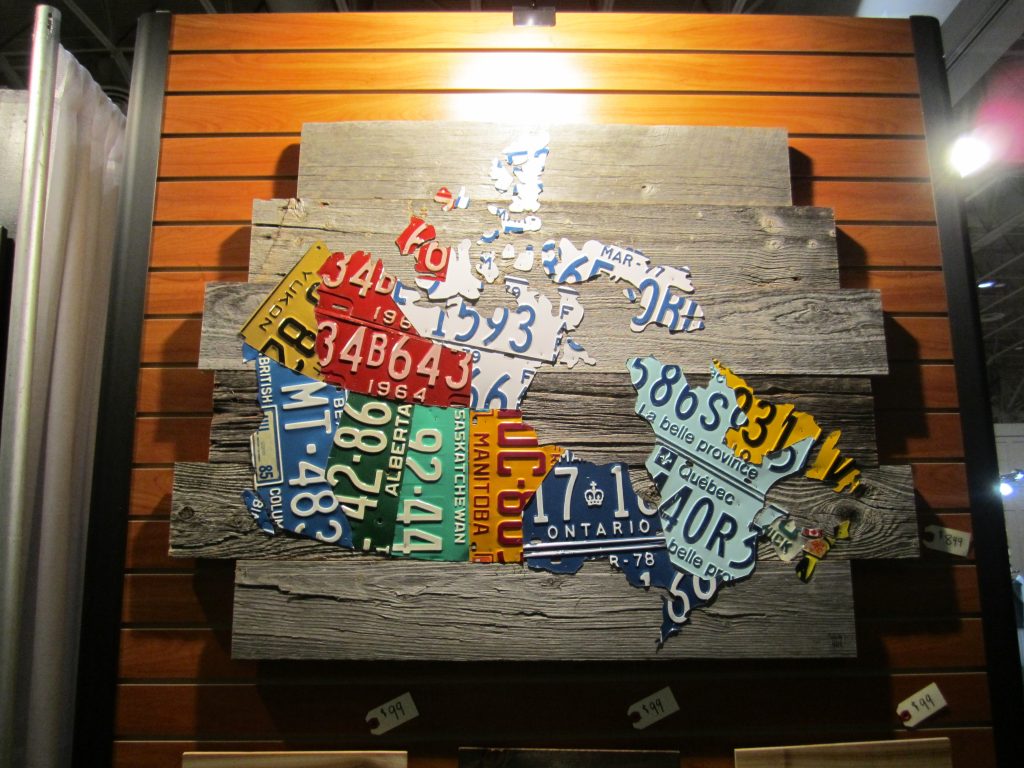 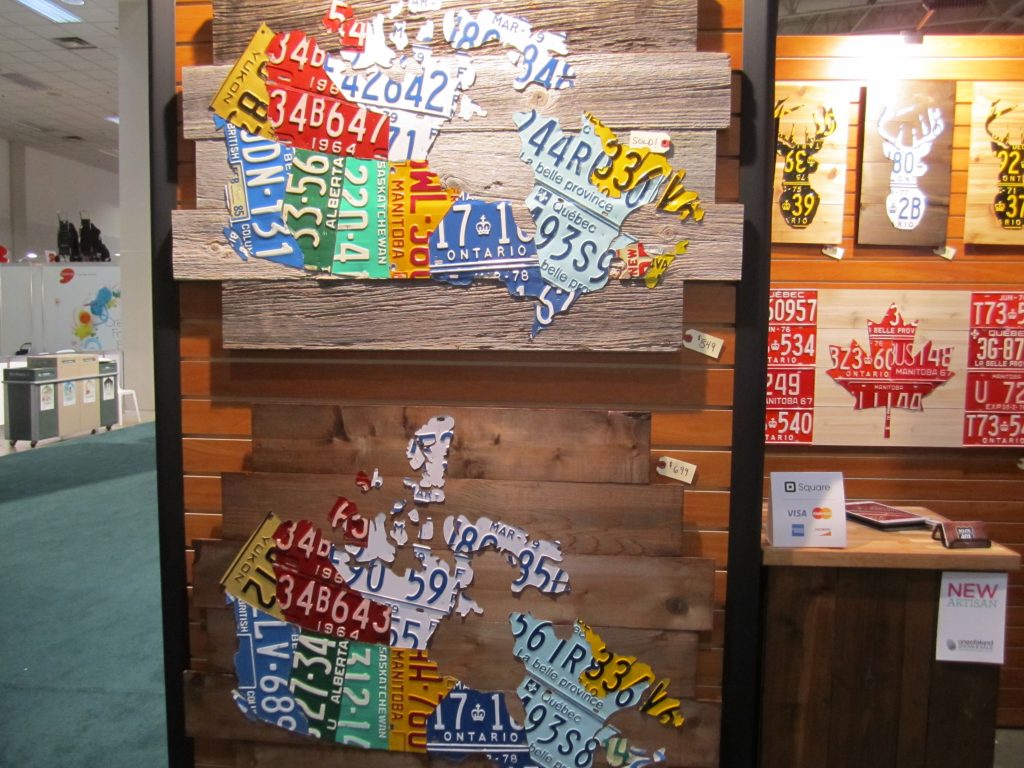 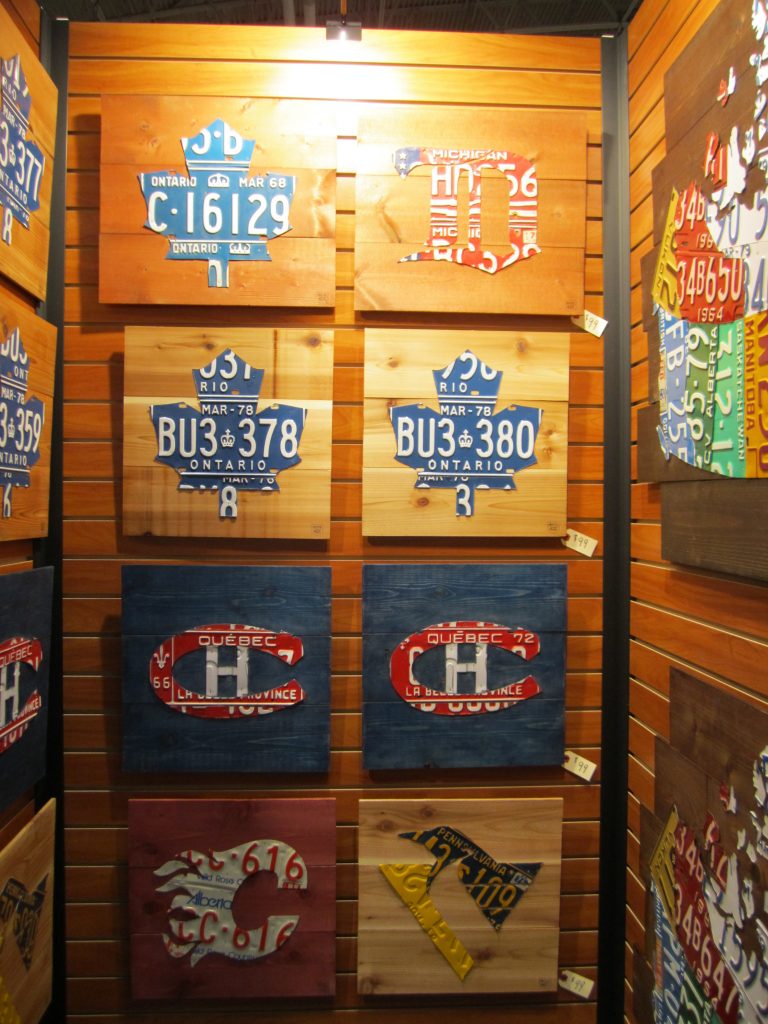 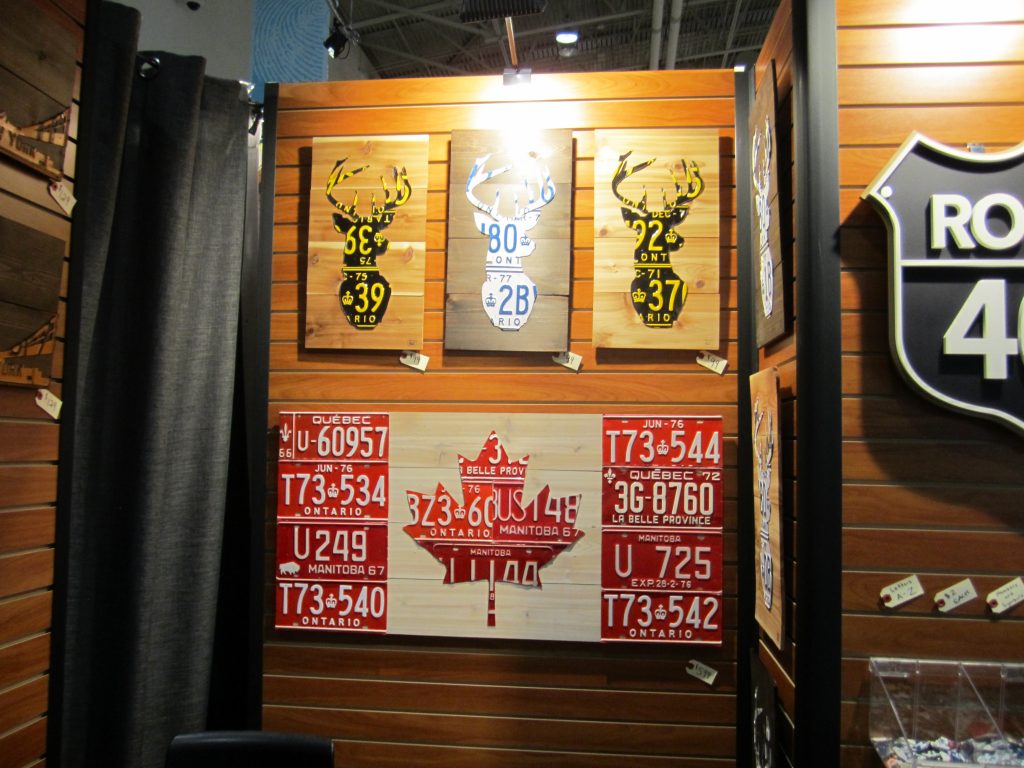 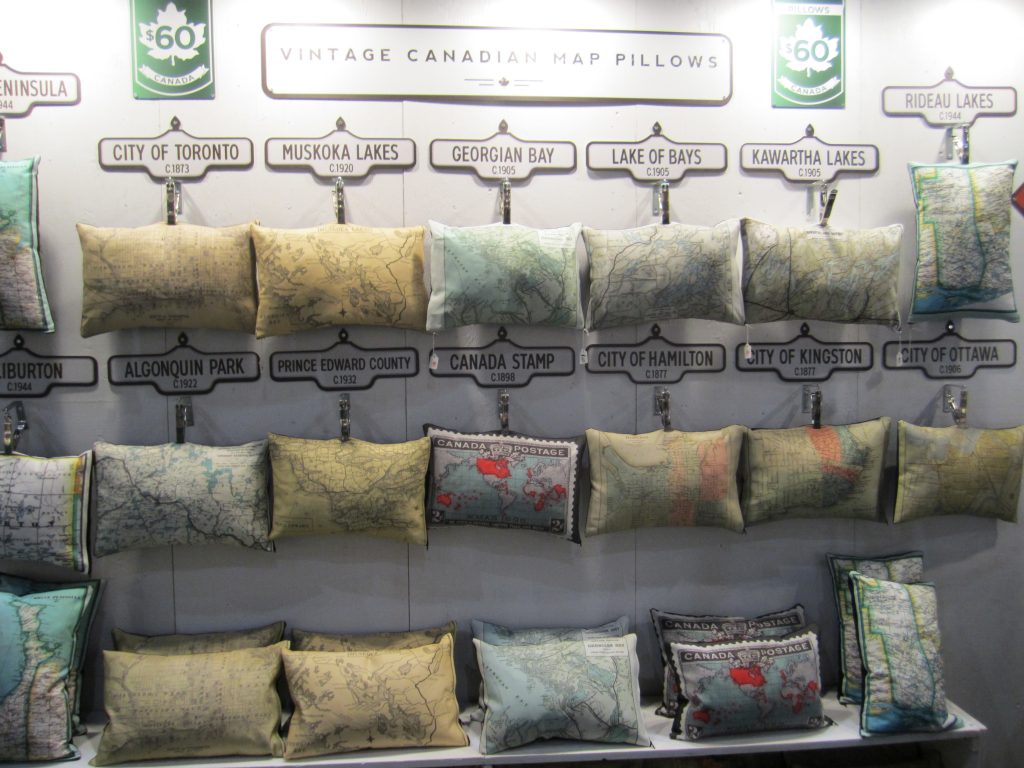 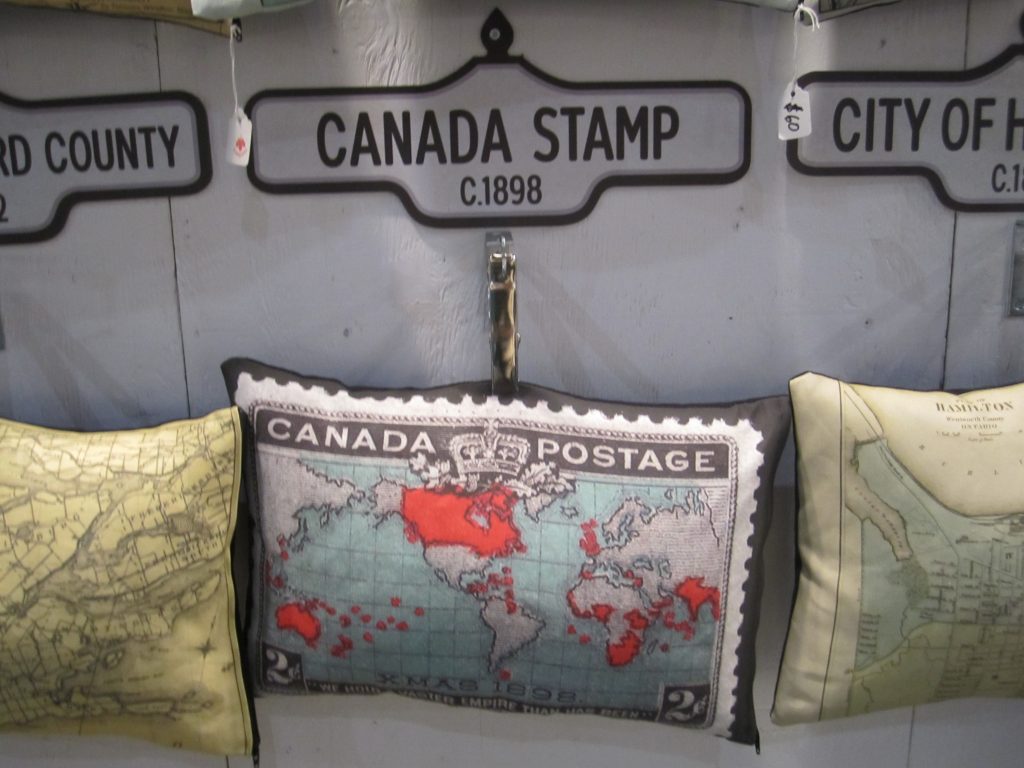 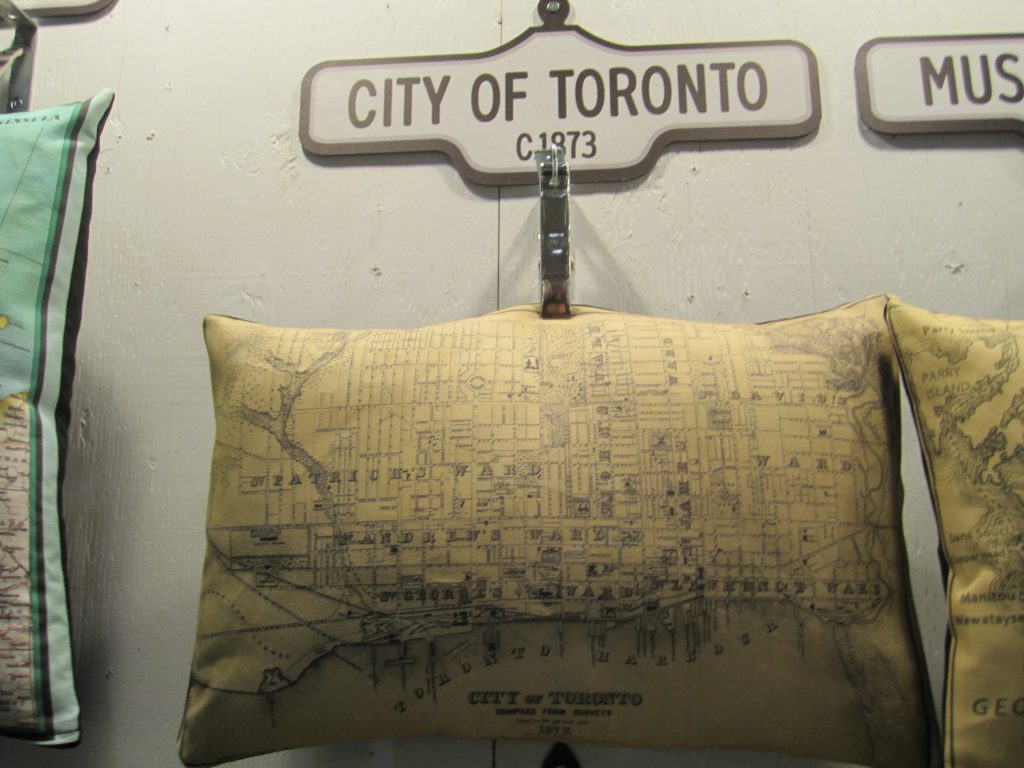 In case you didn’t catch it upon first visiting the site, tagline of this blog is “I’d rather make the bacon, than cook it.”  I’d also rather eat the bacon.  The folks over at the Whole Pig booth had some tasty samples for us to try and also some fun merchandise which I just had to take photos of to put in the blog. 🙂 I love how on the delivery page of their website it says: We will go the extra mile to “put pork on your fork”. (pun intended) 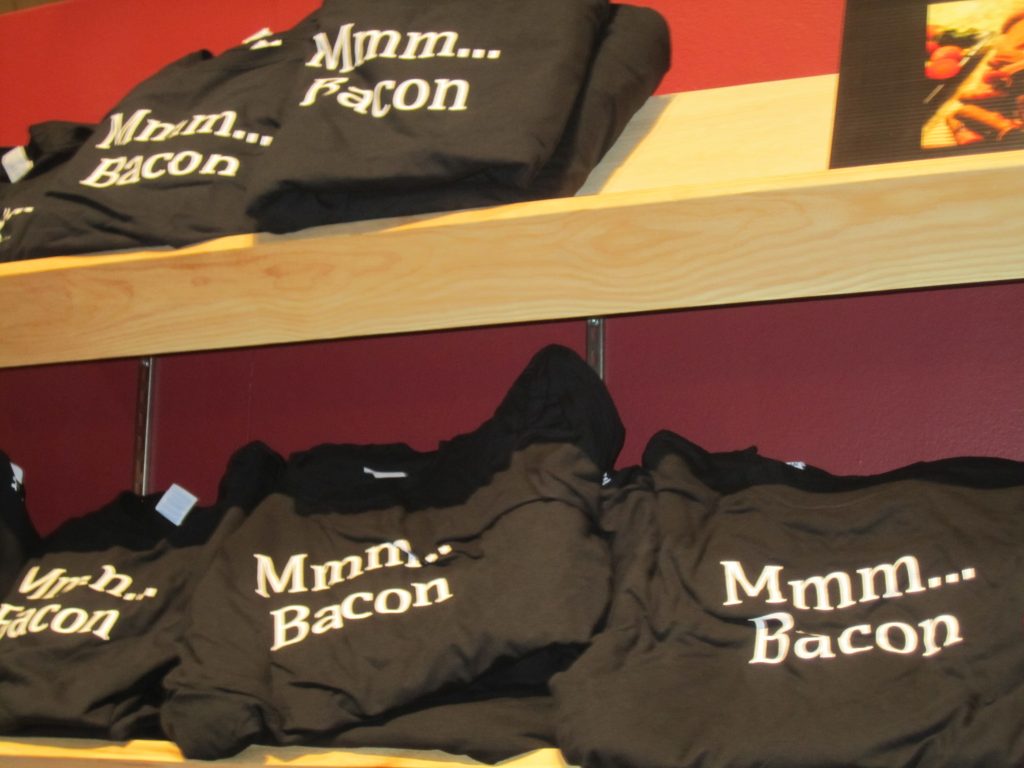 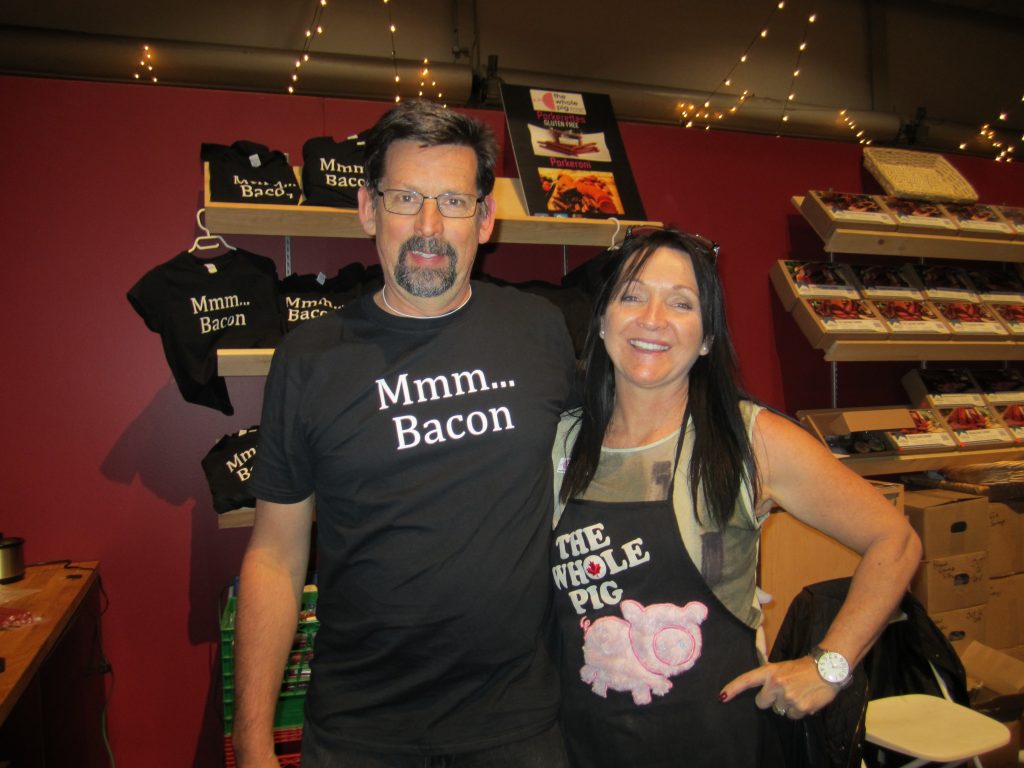 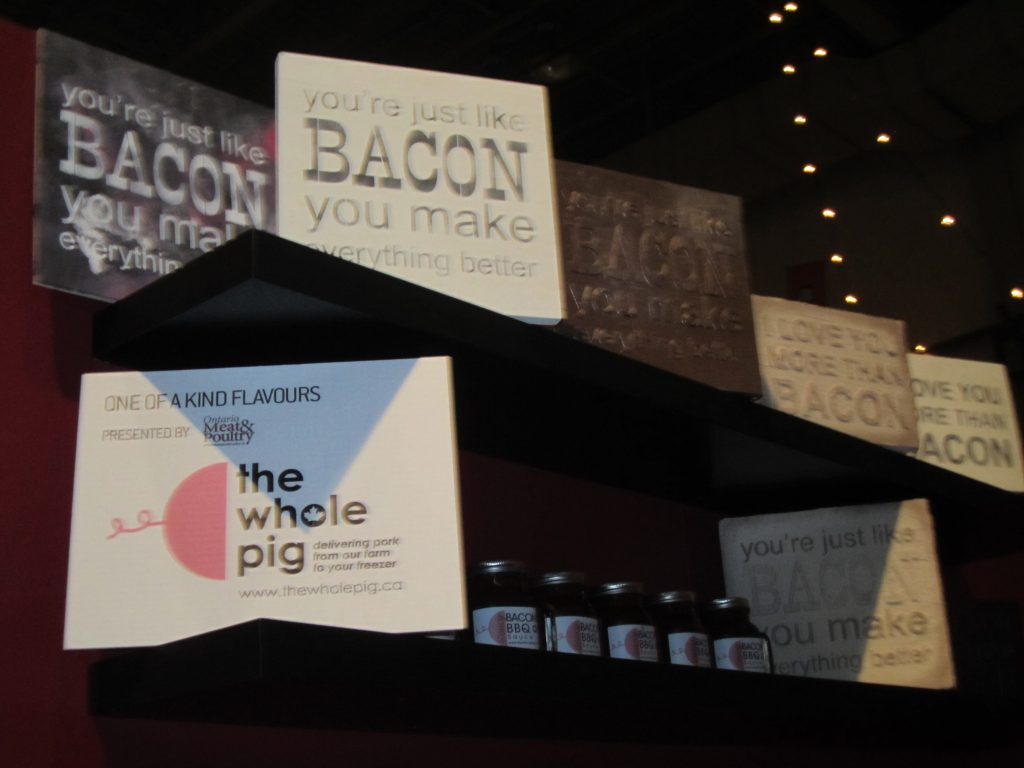 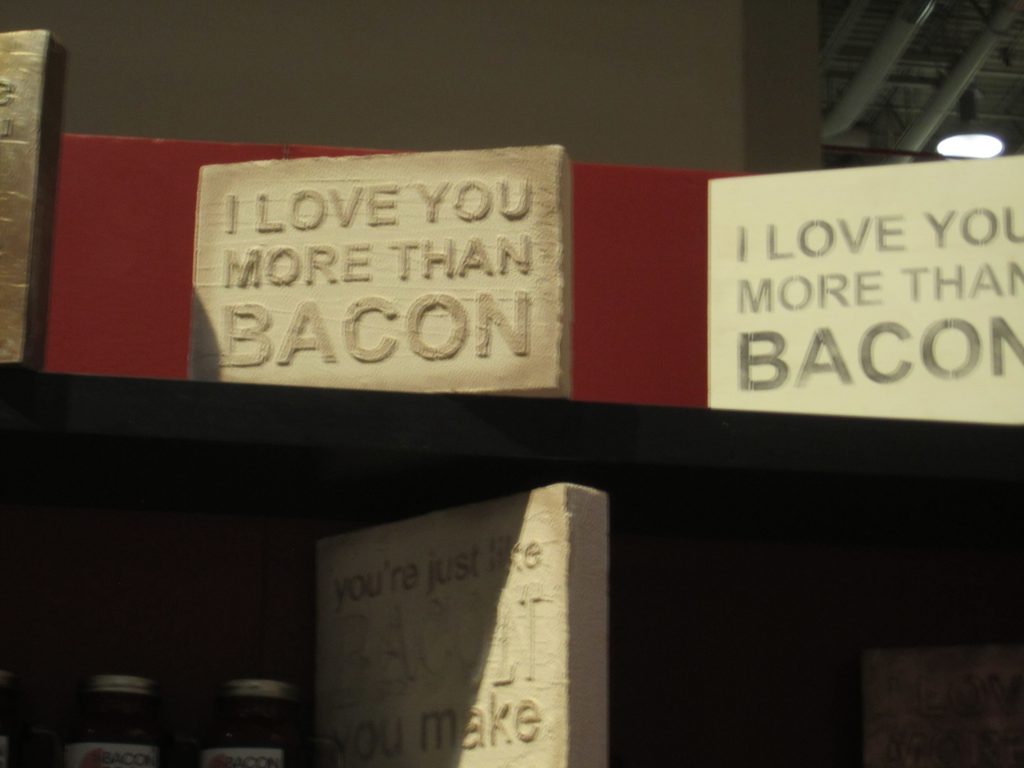