While many of my friends had gone on to pursue master’s and PhD’s, the thought of going back to school almost made me nauseous. My bank account was much closer to being in the red. I wanted to change that. Although it did take me several months until I found a job, I was glad to have started working. The thought of making money made me feel much better.

There is much debate on whether or not people should go back to school and immerse themselves in post-graduate studies. Some people would say it’s a waste of time, money and you’re just going to dig yourself a deeper hole of debt. Others would say that it could help improve your job prospects/earning ability.

I say it all depends. Although these days, it seems an undergrad degree isn’t enough anymore. Having a post-graduate degree seems to be a normal standard nowadays for many jobs. It’s nothing like when my parents first came to Canada in the 1970s. They both had foreign undergraduate degrees and were able to get decent jobs not too long after they arrived.

While it may improve your job prospects and earning potential, I wouldn’t necessarily say it guarantees you a job. In life, there are no guarantees. I know it, you know it.

Except death. Sorry to sound a bit morbid, but I’m just being honest.

When I applied to university awhile back, I wasn’t even sure I was applying to programs I wanted. I didn’t even think about whether or not there would be a demand for it in the future or if it would have high earning potential. I ended up switching programs without really stopping back to think about what I would want to major in for the 2nd time. I just kind of jumped in, already feeling behind from  my peers because I was now a year behind. I personally wouldn’t recommend going the science route, unless you really, really, really enjoy research and working in the lab. I’m not a big fan of it. 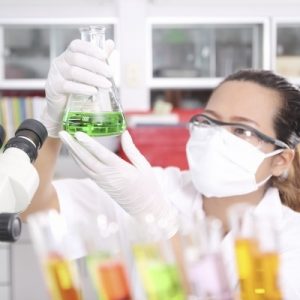 So then, why would I even think of deciding to pursue a Master’s of Science? I don’t like lab research, but I still like learning and other areas of research. I had been doing a bit of research (asking people who have already taken the program their opinion and asking the graduate secretary questions about the program itself ) on the program I am in the process of applying to. This program is non-thesis based. There is a research project involved, however it doesn’t have to lab based. The majority of the coursework can be done online.

I would be going the part-time route, because at this point it would be really tight to live on one salary and pay the mortgage. Although it’s not by a huge amount, I am the breadwinner in the household.

My work would pay for it plus the cost of required textbooks, one course at a time. It would take a lot longer to complete it, but there’s no way I’d be able to handle a full-time job, part-time job, blogging and full-time school. I know many people have been able to juggle all that, but it’s not for me.

If you have read my post: When Quitting is An Option and How it Cost Me About $400, you’d probably be thinking what if you don’t like the master’s program and want to quit in the middle of it?

The course I had taken earlier this year and then dropped was part of a certificate. Not that there was anything wrong with working toward a certificate, but I feel a master’s degree has more credibility. Anyone could complete the certificate, but you have to apply for the master’s and not everyone gets accepted. I think I would be more compelled to complete the degree due to the fact that it is a degree.

Again, there is no guarantee that this will change anything, but I’m hoping to learn a lot and if work will pay for it, why not? I have to keep on taking risks. As I’ve learned from my risk taking in the past, sometimes  it will work out, sometimes it won’t. You just have to learn from each one and keep on trying.

I am aiming for Summer 2015. If I do not get in and nothing has changed with my job situation, I’ll most likely apply again in Fall 2015.

So, my faithful readers and fellow pf bloggers, wish me luck! After going through that trifecta of sickness last month, I think I could use a little bit of luck. Don’t you? 😉

Would you pursue a degree if work would pay for it? Why or why not?

« The Costs of Being Sick Adds Up
GUEST POST: DRIP Investing Benefits »