I wrote A LOT as a kid. On the walls of my parents’ house and when I was older, on paper.

The diaries, the journals, the poems, the short stories, letters to pen pals, you name it.  Yet I hated English class. I think Shakespeare and the endless essays killed it for me. Sorry. And as much as I love reading, I hated reading books that were clearly meant only meant for English class. Sorry again. 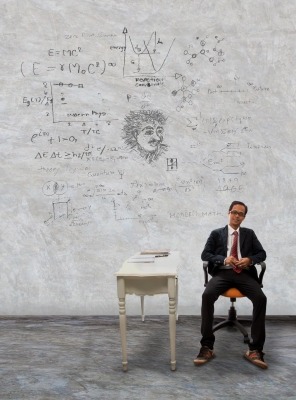 The Birth of This Blog

Initially I started a blog more just to make money rather than use it as an open forum to create discussions about money.  I was Googling (crazy how that word is now a verb) ways to make extra money.

Even though I started this blog in the summer of 2012, I didn’t make anything until the end of 2013. Of course you have to spend money to make money, but I had a hard time justifying spending money on this so-called hobby. Which I guess is now a job-hobby (or jobby? It also means something not so pleasant. Google it. And then laugh).

A couple of things that made me hesitate were things so basic and mandatory such as going self-hosted, buying a domain and a pre-made theme.  All these things were necessary to “make the bacon” with this blog. Some people do these things right from the get-go. They must have known you had to put in all this time and effort to make some money right from the start.

I clearly didn’t. I thought the money would automatically come. No, seriously. Stop laughing and shaking your head. That’s how naïve I was. I was pretty ho-hum, wishy-washy, whatever, etc. in the very beginning. There were some months where I barely wrote anything.

When I decided to take blogging and making money online a bit more seriously, I decided to give staff writing a try. Sarah from Suburban Finance and Unsettle was kind enough to give me a staff writing position even though I had only guest posted for her once. I thought having the title of staff writer was pretty cool and being paid to write made it even cooler. It gave me a bit more exposure. I enjoyed seeing my posts on another site on a regular basis.

Given my work schedule and part-time job, it made having time to write for both my blog and another blog a bit difficult for me. I found the only time I had to write was during the weekend and even then as we all know, weekends get busy. Sometimes I would get writer’s block and couldn’t think of a topic. What made it worse was when I had a topic and I couldn’t get the words to appear on the screen.

You can’t force or rush creativity. However, when you have a deadline to adhere to, you need to give it a little push.

Hey, I Actually Made A Bit of Bacon!

So here’s a quick and dirty summary of the money I made.

(Note: all amounts stated are in $CDN)

Online expenses: $331.34 (This was the year I bought a pre-made theme. I decided it was time to stop using free themes)

Update: So this is what happens when you write at a post during your least productive time of the day- aka late last night for me. I included something that was not for this site.

$492.31 hosting for two years (Based on the comments, I think I will have to look into this and perhaps get a different package)

Hey, I should be even less worried now, that I’m actually in the positive.  🙂

On my site, I initially only had a CONTACT tab, thinking that interested advertisers would just contact me for more info. I eventually included an ADVERTISE HERE tab, which made a world of a difference. Being obvious helps.

For the most part, I pretty much respond to every inquiry because you never know. Getting no response back can be very frustrating. It frustrated the hell out of me in the beginning. I didn’t think anybody was going to respond. Then when somebody actually responded, I was walking on cloud nine

Then it became a game of negotiation ping-pong. While there is still a lot of emailing back and forth, there used to be EVEN MORE email ping-pong before I created a media kit. It’s a document that you use to promote your blog to interested advertisers. It includes things such as your blog stats, pricing and your terms of agreement.  There’s no wrong or right way to do it and there are a ton of examples out there to use as a guideline.

I can’t even describe how satisfying it was and still is to close a deal. I love knowing that money is going to be deposited into my PayPal account. Perhaps I do not suck so much at sales. At least in the internet world.  I probably still couldn’t generate revenue from a neighbourhood lemonade stand.

There are so many different ways to make money for your blog. For me, the majority of it seems to be through paid posts. I have tried Google AdSense, but then I gave up on it.  I may put it back on in the near future. I know ads are a great way for websites to make money. The majority of blogs have them and big well-known websites have them. I’m just not a big fan of reading an article and there’s an ad in the middle of it.  I like it when they’re placed off to the side or underneath the header, basically away from the content.

I have had a few inquiries for paid product reviews and vice versa. So far nothing has transpired. I’m currently looking at generating more revenue through monetization widgets and affiliate programs.

Speaking of affiliate programs, since I’m not a U.S. citizen, I have to fill out a W8-BEN form for one affiliate program I applied to for tax purposes. I’ll be honest. I hate taxes. Even the gathering or organizing of all the T-series forms. I’ve done them once and I prefer to pay someone to do them. I’m not ready to pay someone to clean my house, run my errands and cook my food, but I will gladly pay someone to file my taxes for me.  So, if you know anything about this particular form or have experience filling it out. Please contact me.

Perhaps it’s really easy and straightforward. My brain just doesn’t want to fill out a form on a Saturday night. It would rather  use its creative juices to write a post. Maybe I’ll read the instructions again tomorrow morning.

It’s probably already been said, but the internet is one of the greatest inventions ever. Who knew people could make money off of it?

Coffee is another great invention.

And sliced bagels and bread.

Reality TV? Not so much….

« Let’s Talk About Money, Baby (In a Money Club, that is)
How Are YOU Makin the Bacon Series: BARRY CHOI »

In case you're wondering what's been going on with