Mini-moon. (a pre-honeymoon, before the BIG honeymoon)

This word probably doesn’t even exist, but that’s basically what I’m calling the three-day trip we took after our wedding.

We’re still planning on going on a honeymoon next year. I will make sure of that. But I want to also make sure we have time to save for it, because I want it to be big like Greece or Peru. So I will save for it like a good personal finance blogger would.

I know if I really wanted to be super frugal after the wedding, we could have done a staycation, but I know myself well enough that if we stayed home, I would have done chores around the house and basically not relax. I have to go somewhere that’s far enough to make it necessary to stay at least overnight.  I simply cannot relax at home. Maybe for an hour or two at most, but then I somehow manage to find something to do.

I had originally planned to work from home on Monday, but my boss was kind enough to grant me some extra time off to recuperate from all the wedding hullabaloo. I was truly grateful for it, because that weekend was pretty freakin’ exhausting.

We ended up going to about 2.5 hours east of the GTA, to Gananoque and Kingston. These cities are close to an archipelago of islands known as the Thousand Islands. We arrived in Gananoque in the evening and just ended up ordering pizza for dinner and chilling in the hotel room. The next morning we took a 1 hr boat tour around the 1000 islands. Total cost: about $54 for two adults. 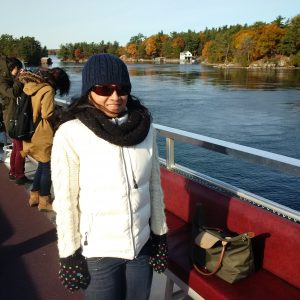 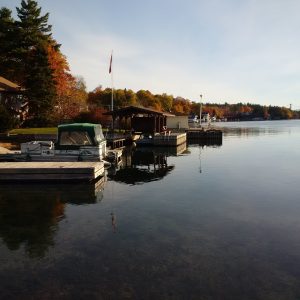 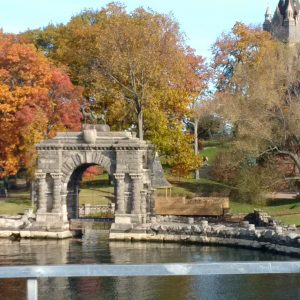 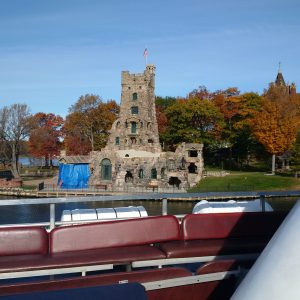 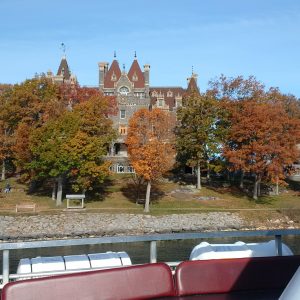 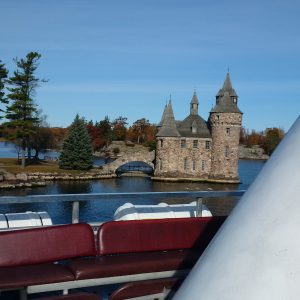 That same morning we drove to Kingston. We spent the rest of the day wandering around Queen’s University, which is a gorgeous campus by the way. It has that Ivy League look to it.  Walking around made me feel nostalgic about my on university days (which were at a different university).  I absolutely love taking courses and learning new things. It almost made me want to go back to school again. But not quite. 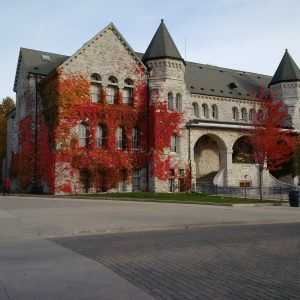 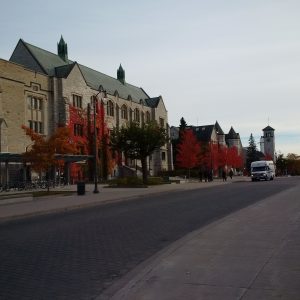 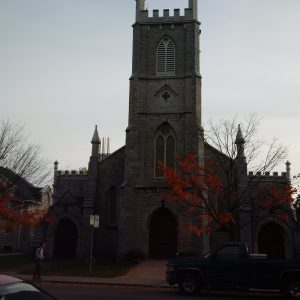 Later on we did a mini pub crawl and went to a couple of bars. There was this one bar that had some pretty crazy décor for Halloween. 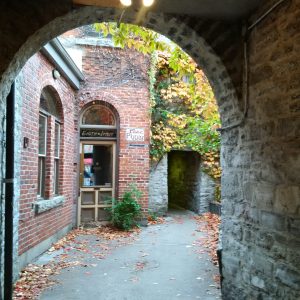 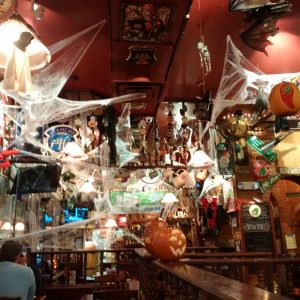 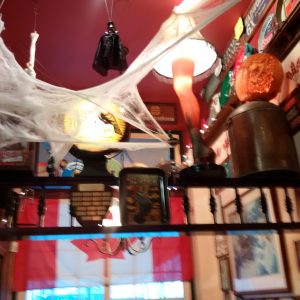 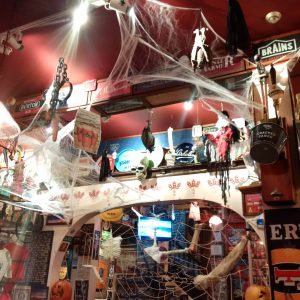 The whole trip overall cost several hundred bucks (hotel, gas, food, etc).  To cut down on costs, I had packed a cooler of sandwiches, drinks and snacks to have during the car ride and in the hotel. Our accommodations were more of a budget friendly nature. I used my CAA card to get a discount on one and we price matched another. We were within walking distance of our 2nd hotel, so we just decided to walk over there and show them the price on our laptop. All in all, it was so nice to get out of the city for a change in scenery. I had already been to Gananoque and Kingston before, but my husband hadn’t.

I’m not exactly sure if mini-moons are becoming a trend. Based on the number of married people I’ve talked to, I feel like they are. They go somewhere nearby after the wedding, then several months later, when more time has passed and more money has been saved, they go on an exotic trip.  Depending on where you’re going, the time of year and the climate associated with that time may come into play. So it may actually be better to wait a few months instead of going on a honeymoon right away.

So far my ideas for destinations are: