The following is a guest post from writer Daniel Kendal: 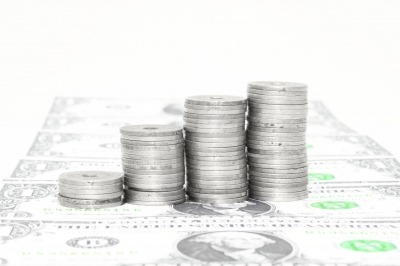 Becoming a business millionaire is an impossibly difficult process: one that requires time, tenacity, furious passion and a healthy dose of good luck to boot. While it may be impossible to teach some of these qualities (despite what people tell you, it’s by definition impossible to “make your own luck”); others are the sort that any of us can acquire – provided we know what to look for.

And where better to look than to the millionaires themselves? Below we’ve collected a selection of profound insights and simple tips from the Earth’s richest. They might not guarantee to make you a millionaire overnight, but they will certainly help improve your lifestyle:

When we picture millionaires, most of us are probably thinking of the Jay-Z’s and Gordon Geckos of the world: people for whom the term “high living” means purchasing a private jet. But for most canny investors, the reality is much different. Warren Buffet is one of the 5 richest men on Earth and he still lives in his suburban home in Omaha, eats at McDonald’s and prefers a can of cherry coke to vintage champagne. So what’s his secret?

In short, Buffet is one of the few men on the planet who understands the real value of things. Being perennially blind to the presence of wealth has allowed him to avoid over-hyped investments like the Dotcom and Housing bubbles and also figure out what he really enjoys in life. And what he enjoys appears to be a comfortable, lower-middle class existence in Nebraska. Would he be any less-happy without his billions? Probably not; so perhaps we should take a leaf from his book and aim to enjoy our lives first and amass our millions second.

Don’t be Cruel, be Kind

The world’s image of the One Percent is of guys who have stomped all over the little man to get where they are, alpha males with no time for fools and even-less time for niceties. And while that attitude may help you earn, say, $600,000 a year in the City, the guys at the very top have a completely different outlook on life. In 2010, Bill Gates, Larry Ellison, George Lucas and Warren Buffet all signed pledges to give the majority of their wealth away to charity. They did this both because they want to help those less-fortunate, and because they understand the intrinsic value of other people.

Now, this doesn’t mean all of us should give most of our income away to charity – most of us couldn’t afford it. But we can apply their lesson in the value of people to our day-to-day lives. If we have employees, we can go out of our way to treat them as humans first and workers second. We can link up with a charity to donate our expertise free of charge to those who need it most. Compassion may be a mug’s game, but it’s one played by some of the richest men on the planet.

It’s said that Steve Jobs had a game plan for the evolution of Apple almost from the company’s inception. Larry Page had a vision for Google that stretched out over at least the first ten years of the company’s existence. Although both of them may have modified their plans as time and technology changed, the important thing is that they had a plan. They were prepared for whatever calamities the future may hold and had a vision that guided their company forward.

Even if we don’t own our own business, we can take this advice onboard. Maybe we want to plan to retire at 50 and adjust our life choices to make this increasingly more-likely. Maybe we want to insure ourselves against money troubles by investing in a private pension or some land for long-term development. Maybe we simply want to say “in five years, I will be able to open my first office” and devote everything we’ve got to hitting that goal. The important thing is to have a path you can follow and to never give up. Even in our personal lives, such advice can make a massive difference.

« INFOGRAPHIC: If Everything Rose Like House Prices
Grocery Shopping Online: Saving you time, but not necessarily money »