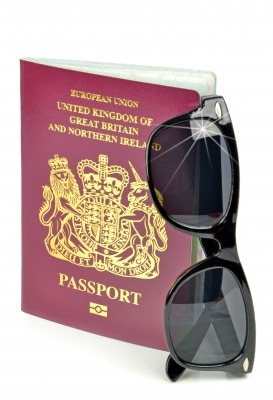 Hello My Name is Karen and I’m a Travelaholic

As you probably already know, I love travelling. However, having recently purchased a house a year and a half ago, I travel less frequently. When I was living at home with my parents, I would go on two trips per year without even blinking an eye over my finances. Mind you, I was living rent free. My parents never insisted on me paying for rent or groceries and well, I never insisted on it either.

All I really thought about when I started working full-time was how much vacation I would get, when I could take vacation, and where I should go for my next vacation.

I’m a self-confessed travealholic. I’m not even sure when it exactly started. As a kid, I travelled several times to the U.S. and out of the province with my family. Perhaps it’s in my genes. My mom loves travelling. My dad is not much of a traveler. I think the only two countries he’s been to have been the U.S. and the country where he’s originally from.  He doesn’t have much of a desire to travel.  My mom travelled a lot when she was single. Her and my dad travelled  before they got married and started a family.

Funny enough, my partner is not really into travelling either.  Before we met, he had only been to the U.S.  Growing up, he didn’t do much travelling. Since he didn’t have much exposure to it, I thought he would have been itching to get on a plane and get his passport stamped.

However, we have managed to compromise. He would often choose where to go on road trips, where I would get to choose the plane trips.

He would often say money was one of the reasons why he didn’t travel. There was always something else to have to spend money on.  He did have a point.

He also didn’t have my travelling addiction.

To be honest, Greece wasn’t my part of travelling plans. I hadn’t planned for it financially. I was planning on going somewhere cheaper and much closer, but still out of the country. But those plans fell through and the people I would be travelling with either bailed or couldn’t commit for personal or financial reasons.

What can you do? Sometimes sh*t happens.

Normally when deciding to go on a big trip, I would have planned ahead of time and put significant amounts of money aside each month, like I did with my Peru trip.

I only had enough money set aside to go on a long weekend Vegas trip. My partner had already been to Vegas and had no desire to go back again.

But I hadn’t gone anywhere last year. Not even out of the province. And if you’re a travel addict like me, it can kill you inside. This isn’t even a remotely accurate comparison, but it was like I was a drug addict and someone flushed all the goods down the toilet. Last year, I just felt so “blah”. I felt  like I was going through the motions and didn’t have much to look forward to.

So I said to myself, “Oh eff it. I’ll just book a trip, regardless of the cost and worry about it later. Thank goodness for credit cards.” My other thoughts were I’ll work even more extra hours than I already work at both my jobs to help pay for it.

Even if it kills me.

And despite the fact that:

I didn’t care about the consequences. I know there would be financial consequences, but I didn’t care. That is how badly I wanted to go on this trip. I told myself I work so hard and don’t buy except what’s necessary, so I deserve this nice trip.

This isn’t the first time I’ve put myself under financial strain to go off travelling. I went backpacking through Western Europe after graduation and came back with a bank account in the red and no prospective jobs lined up.  Several months later and still jobless, I went on a road trip with my ex. I don’t remember but I must have borrowed some money from my parents to help pay for it because I clearly didn’t have any.

I went to Costa Rica with my partner and quit my job in personal training a week after. Due to my horrible sales skills, I was barely making anything. Again, I had no prospective jobs lined up to ease the financial strain.

You think I would have learned. I thought I did. I was so good and so patient with my Peru trip.  But as you know, even personal finance bloggers make money mistakes. And in my case, BIG money mistakes.

These, my friends are the consequences I pay to satisfy my travelling addiction.

I’m paying for it now. Figuratively and literally.

After having a stressful April and not one, not two, but THREE breakdowns due to stress at both my jobs, and the financial strain from this trip, I think I have finally (!!) learned my lesson and won’t be going on any big trips for a while.

But with being a travel addict, that won’t stop me from going on smaller, cheaper trips. Which I will save up for ahead of time, of course. 😉

« Update Your Wardrobe With a Clothes Swap
Would You Own a Summer Cottage? »