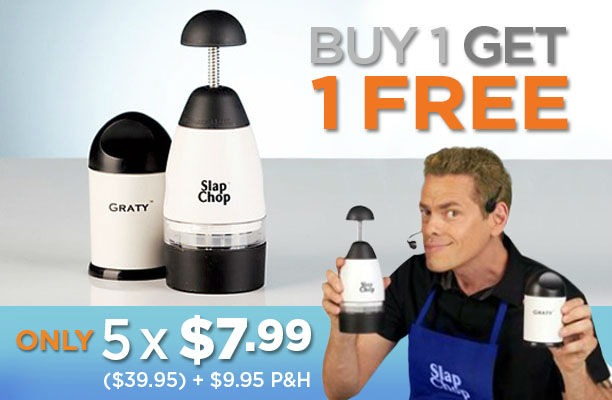 What is even more annoying than commercials?

Infomercials, which is also known as paid programming. Yes, those commercials that tell you how a product works, why you need it and if you buy now, they’ll throw in another one for x amount of dollars. As someone who is trying very hard to only buy things I need most of the time, infomercials are trying to do the opposite.

Why would I want a Snuggie? I have a blanket. If I wanted a blanket with sleeves, I’ll just wear a bathrobe or put on a sweater.

Who could ever forget Richard Simmons and his Sweatin’ to the Oldies?

Chia pet  -Is this really that much different from having a potted plant? Ok, so the mold is in the shape of an animal, but still…..

These are just a few of the products that millions of people have actually purchased.

What I find surprising is that some of these products featured in infomercials became successful enough to make their way into stores we regularly shop at. The Magic Bullet is sold at Wal-Mart. There is even a store called “As Seen on TV”, where products from infomercials are sold. I wonder if people actually shop at that store.

Have you ever purchased anything from an infomercial?

« Paper or Plastic? Or a jar full of change….
What The Board Game Monopoly Can Teach Us »