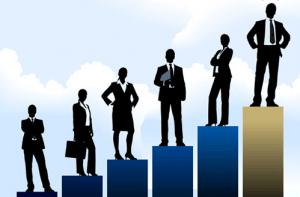 In my post Shying Away from Success, I talk about being shy and how I felt that it held me back in certain aspects.  Although being shy doesn’t hold you back completely, it does in certain professions. One profession that really stands out in my mind is sales. You definitely can’t be shy if you’re a sales rep trying to sell a product or a service. You have to be convincing, slightly aggressive, and charismatic.

My Early Years As a Sales Rep

I remember having to do a lot of fundraising for my school when I was a kid. Every kid must have tried to sell those $3-$4 boxes of chocolate covered almonds at least once in their childhood. This was back in the day when nut allergies were unheard of and weren’t so much a health concern in schools.

I barely sold any of those items. I think neighbours and relatives bought those things out of pity for me. I asked, no wait, more like harassed and begged my parents to sell chocolate covered almonds and wrapping paper at their workplace.  They must have really enjoyed that.

In my last year of high school, I worked part-time at an office supply store.  I mainly worked as a cashier.  At cash, there was always an item of the week that we had to sell. After I did the usual spiel: Hi how are you, did you find everything you were looking for, I had to insert, “Would you like to buy (blank) for $?” The item would often be something that people normally wouldn’t think to buy. With that being said, I often got the polite, “no thanks” and left it at that.  In my mind, it just wasn’t worth it.

Even With a Couple More Sales Positions, I Never Got Better At It

When I was in between professional jobs, I worked at a clothing store. The difference about this clothing store was that rather than individuals getting their own commission, it was a group commission, so everyone got a piece of the pie when clothing got sold. In a sense that worked out for super shy me, because I barely sold clothing on my own.

I hate small talk and I’m horrible at it. Imagine trying to engage in small talk for 7.5 hours/day, several times a day. It was VERY HARD for me. I’m not a naturally bubbly, cheerful person (more like dry and sarcastic), so most conversations often felt fake, repetitive and forced. I just didn’t have the natural ability to convince people to spend money in the store. The fact that I didn’t really want to be there most days didn’t help too much either.

I also tried my luck at personal training. I thought, hey I like working out and motivating people. Personal training seemed perfect.  The training part wasn’t so hard once I had a few clients. It was the selling part to get clients in the first place and trying to convince them to continue on before their sessions were over that I struggled with.

As part of the training, there was role-playing and tips on how to convince potential clients to sign with you. I felt I even sucked at that. Have you ever tried to convince people to drop several thousands of dollars for training? It’s not easy. At least for me, it wasn’t.  Everyone wants to look good. But not everyone wants to drop the money or even put in the time and effort. Who can blame them? Personal training isn’t cheap!

If you really think about it, the gym is a social atmosphere. Especially during weekdays in the evening and Saturday mornings. It is prime socializing time. I envied the trainers who seemed to know everyone and had no problems talking to anyone. It was a struggle for me to even have conversations with people about their workouts and convincing them to have me put them through a workout.   I knew that it took a LOT of time, effort (more than I probably put in) and patience to become successful as a trainer. Patience was just something I never had a lot of, to begin with.

So my frustrated self gave up after about six months. I felt I hadn’t achieved much in six months and was losing more clients than actually gaining them. Nobody was renewing their contracts with me.   At that point, I felt defeated. I felt I had made a huge mistake and should have stayed in retail instead. I had too much pride and couldn’t back to it even though I should have until something else came up.

They say you should never give up and that quitting is not an option. Sometimes quitting is an option, but not quitting completely.  After all those experiences, I came to the conclusion that I sucked at sales and I was okay with it.

I also remembered that there are other things that I don’t suck at and I’m okay with that as well.

« Doin’ The Hustle
Turning Drinking Water into a Wine Experience »