Editor’s Note: The following post is by contributor Zee from Work to Not Work.

Perhaps it’s their pragmatic approach to work that makes them so efficient. Maybe it’s their lack of empathy so they don’t waste time gossiping with coworkers. Or maybe it’s because they don’t need sustenance to keep going so things like lunch breaks and food comas are irrelevant.

That’s what I’ve turned myself into at work. I stopped eating lunch… Well, I stopped eating food a while back because I wanted to see if I could. But now that I’m done with my experiment I still don’t eat lunch because my new liquid diet is much more well-balanced and efficient. I’ve also never really been the kind of person that chit chats with coworkers about things. Sure I’m friendly, “how was your weekend?” that sort of thing, but I never really get beyond the pleasantries that you would tell a stranger that you’re meeting for the first time. Honestly, a robot could spout out these calculated pleasantries, it’s kind of like saying, “Hey how’s it going?” it’s a question that really just means “Hi.” No one really expects a real answer from it. 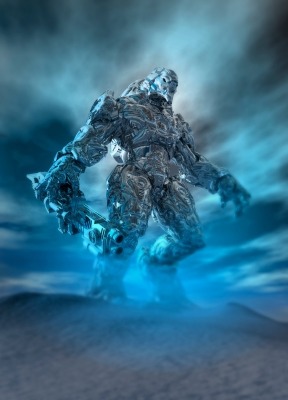 It’s not that I don’t care about what my coworkers do outside of work, but it’s that I don’t really care. “Oh your boyfriend dumped you, that sucks. Did you hear back from the client about that issue we were having? I need to get that resolved. k thx!”

I mean, what am I really going to do about anything they tell me, so I don’t know how much I really care. Then there’s also that I just don’t feel like I have the time since I have so much on my plate these days. Sure I could gab on and on about stories from the past, or other general water cooler talk, but for every minute I spend doing that is a minute I would have to stay later to finish my work.

I’m also being a lot more honest with coworkers and managers when it comes to work. If they aren’t performing well or I’m not happy with something I’m not afraid to lay out some cold hard truths. I’m not sure if it’s because I’ve been there a while and I’m becoming jaded or if it’s simply because I lack empathy for people who can’t perform their jobs. Or maybe it’s because I value my time so I’m not afraid to speak up isn’t something isn’t going the way that I like.

For good or bad, I’m slowly becoming more and more of a robot at work. I’m efficient, productive, people get along with me (though not on that personal of a level), but aside from maybe one person, there’s no one I would go out of my way to hang out with outside of work.

I’ve never felt like my friendships, or perhaps lack of real friendships at work has ever hindered me. I earn the respect of my coworkers and am trusted by simply doing a good job. Right now the combination of my work ethic, speaking up for myself, and perhaps even a lack of personal relationships might be opening some new doors for me which I will be writing about as soon as it’s formalized.

I think the next step will be to outsource my job to another country instead of transforming into this robot that I am now. But that’s another topic for another time.

How social are you at work? Do you have friends that you could call if you needed help moving? Do you find that your work relationships help? Have your work friendships ever gotten in the way of work?

« C is For…..
How are YOU Makin the Bacon Series: LESLEY SCORGIE »