You might have heard about the “underground” job market. According to the Harvard Business School, 65% to 85% of jobs are filled without them ever reaching the market.

So how did employers fill them? Well, through networking. They hired friends, ex-colleagues, acquaintances and even a friend of a friend.

As an introvert, you might protest that the system isn’t fair. Why aren’t you given a “fair chance” to interview? Isn’t Australia, and the rest of the western world, a meritocratic society? This reeks of favoritism.

But think about it: if you’re to employ someone, wouldn’t you prefer to hire someone you somehow had a connection with? In fact, if there are two candidates, and A is a tad technically better than B, but B is a friend of yours, who would you hire? 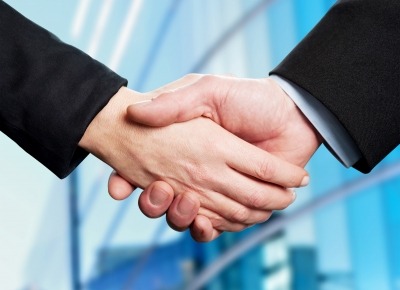 The One Genuine Relationship Goal

When you step into a networking scene, the goal is not to accumulate a fistful of business cards. The goal is to make one genuine relationship.

Doesn’t that sound a lot less intimidating? No more shuffling through stranger to stranger, no more endless small talk and no more pretending you’re an extrovert.

There are two ways this can play out:

1. Know Who You Want To Network With

If this is possible, go for this route.

Most people think networking is like falling in love. You stumble from one person to another, hoping you’ll finally find someone you’ll hit it off with. Networking veterans, however, have a clear target.

They did their homework about who is going to be there and who they should even bother to meet. Now here’s the difference between the slimy networker and the great ones.

The slimy networker’s criteria about who he should meet is, “What can I take from that guy?” This is probably why most people are turned off by networking in the first place. The great networker, however, asks, “How can I help that guy?”

Would you hesitate if you knew you could help someone? Introverts languish in small talk, but when it comes to conversations with substance, we thrive. And one of the best ways for you to have real conversations is in helping people out.

So now the question is, how do you know who you can help? Well, that’s the second step of the research. Once you’ve identified a few interesting people you’d like to meet in an event, dig deep into their background.

By the way, don’t worry about them finding out you did a background research. Most people will be flattered that you took the trouble.

Back to research. The first, and easiest, step of research is to simply Google the person’s name. If they have a unique enough name, you’ll find their web presence: check out their career in Linkedin, and their rants on Twitter. Some may even have a public Facebook profile.

All these are clues as to how you can help them out, directly or indirectly.

For example, in my research, I discovered that a blogger I wanted to talk to was in need a web designer to redesign his blog. I happen to know someone, so I introduced them.

Another great way to deliver value is to share interesting things. People absolutely love finding interesting things, the only problem is, they don’t have the time to curate the blogosphere. So when you do that for them, it’s a valuable service.

In fact, there are websites, and plenty of social media accounts with hundreds of thousands of followers, whose only job it is to curate content, not produce it.

You can be that source for that person.

Even if you find yourself in a room full of strangers, with no one in particular you’re targeting, don’t be afraid to reach out. Introverts tend to assume that we would be “wasting” that person’s time by talking to her, but the opposite is actually true:

That person is elated that someone initiated a conversation!

You can identify these people in a room by looking for those who usually stand near a wall, alone and holding a cup in front of their chest (a sign of defence).

Of course, networking isn’t to be confined to physical events. If you can reach out to potential employers on social media, don’t hesitate to do so.

First of all, most employers aren’t very popular – a mention in a tweet is bound to get their attention. Compare this to a networking event where they are busily talking to new people every minute.

Second, introverts prefer the written word, and social media allows you to do that. Writing, instead of talking, allows introverts to think about what they want to say and revise anything they’ve written before sending it out.

This pre-introduction is a chance to get to know your prospects better – allowing you to better prepare yourself for a face-to-face meeting.

One of the most painful moments of networking is when the person answers your question, but pauses at the end. You might be guilty of that pause.

As introverts, our minds tend wander during a conversation – this is especially true in a group setting. Be very conscious of this. In fact, ask your friends to point it out every time you “zone” out.

And when you do “zone out”, don’t be afraid to ask that person to repeat her question. Pretending that you heard her is a great recipe to make networking more tiring than it needs to be. Here’s a great script I like to use,

“Sorry. What you said about XYZ got me thinking for a while. I have that tendency. What was your question?”

4. Memorize Instead of Winging-It

Speaking of scripts, I like to memorize  what do say in a conversation instead of winging-it. Not only did I memorize, I practiced in front of a mirror (and recorded myself on video a few times too).

Of course, it’s not possible to memorize every possible answer – but like a job interview, you’ll be surprised at how common a few questions are in conversations with a stranger.

For example, how do you respond to, “How are you?” Or, “What do you do?” What about, “How did you come to your line of work?” And what if she says something you don’t agree with?

In fact, these questions are so common, most people simply brush through them. Try this: write down your answers, then watch how “naturals” respond. You’ll be surprised how different the two are. The answers they give sound “obvious”, but if you try repeating it, you can’t.

This matters! If someone asks, “How are you?” there’s a big difference between, “Good.” (which I liked to use), and “Fantastic!”

Why reinvent the wheel?

Now you might be thinking this is a lot WORK! You’re right, it is. Which is why it is crucial that you take time to re-energize. Get out of the room and be alone for a while.

I like to give myself 30 minutes of networking time after/before an event before I get out of there.

Remember, the goal is to establish one genuine relationship, not to a fistful of business cards. Talking to one person for 30 minutes is, in my opinion, more than enough to create that spark. Because that’s all you want: a spark.

No relationships can be built in a single networking session.

Andre is part of the team behind Open Colleges. When not working, he can be found reading up on either one of his favourite topics: psychology and education. You can reach him at Twitter or Google+.