Yes, that’s right I just purchased my ticket at the early bird price for the CPFC 2015. You can too, as of right now, like 5:03 pm right now on Jul 6, 2015, there were 88 tickets left. You can also get a free copy of David Chilton’s  The Wealthy Barber Returns. He will actually be providing the conference’s keynote address.

For those of you who are trying to guess what CPFC stands for, it’s the Canadian Personal Finance Conference. I guess it would be considered a Canadian version of FinCon? It would be funny if it was called CanFinCon or FinConCan.  Or what about the Ultimate Financial Conference. Or UFC for short. Ha Ha.

From what I’ve heard, it’s a finance fun-filled (a triple F threat) event with demos and presentations. The conference will be held on Oct 17-Oct 18, 2015 and is the 4th annual conference.  It is organized by co-founder Krystal Yee from GiveMeBackMyFiveBucks (which was the first personal finance blog I ever read) and Kerri -Lyn McAllister of RateHub.ca.

Aside from David Chilton, other speakers include Dan Bortolotti, Ellen Roseman (she offers investing courses for beginners at UofT) and Erin Bury. You can check out the CPFC website for their biographies. 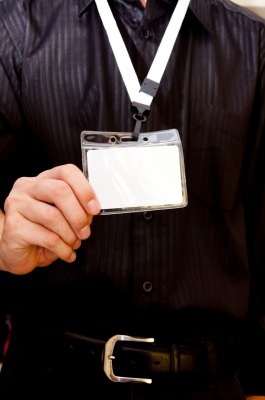 I’ve been blogging for just over three years but this will actually be my first time going. I’m super excited to hear what the experts have to say and to check out the financial technology demos. Technology and finance are everywhere. You can combine anyone of those aspects with something else. If you combine them together, it’s like WHOA (think Joey Russo from Blossom).Like a superpower couple!

I was so intrigued by online banking when I first signed up for it. Now, I don’t know who I could have ever lived without it. To this day, my dad still refuses to do online banking. However, he’s retired and has more freedom to do things at his own leisure.

E-mail money transfers are awesome, despite their $1.50 per transfer fee.  You know what, I shouldn’t complain about that fee, considering I only do it once or twice a month.  It’s also the only banking fee I have to deal with since switching to PC Financial earlier this year.

Best banking move made ever.

I had been completely anonymous for the first couple of years. My twitter name was MakintheBacon@MakintheBacon1. Looking back at it, that name sounded way too long and kind of weird.  Sometime last year or in 2013 I finally changed it to Karen@MakintheBacon1 and began using my first name when leaving comments on other blogs.

While only my sister and finance knew of my blog, it wasn’t until early this year I slowly began to reveal who I was.  I mentioned to Ellen Roseman that I had a blog and had asked her to do an interview for it. I was so nervous to ask her but she was so nice about it. I also revealed myself to Aman Raina, a guest speaker during one of Ellen’s classes that I had a blog and also asked him to do an interview . He was also really nice about it and I had a great coffee chat with him about investment coaching.

Now that I’m trying to break into the tech scene and have a newfound obsession with startups, I have been mentioning my blog more and more to people. I guess it was only a matter of time before I came out of hiding.

Even though I know it will be amazing/fun/very informative/inspiring, I am still nervous to network and meet people. Heck I am even nervous about socializing at my own wedding. Funny enough, it’s the weekend after the conference. I mentioned that in the comments in one of Krystal’s posts about the conference awhile back. Maybe she took that into account. Lol.  But seriously, I will make an effort to introduce myself to people, including the organizers and try not to overthink it too much.

So have you bought your ticket yet?  Have you been to the CPFC in previous years?

« Passion Revisited
Getting Down and Dirty at Mudderella 2015 »