Get Over Your Fear of Social Media. STAT.

Social media is one of those things that is a necessary evil if you have a business. I had recently written a post about How To Fight Your Fear of Blogging. A lot of things mentioned in that post also ties into the fear of social media. Using social media can be considered a form of microblogging in that the posts are significantly shorter than a blog post. Comments are allowed and encouraged.

Believe it or not, I wasn’t really into social media until I started my blog back in 2012. Prior to that, I only had Facebook and LinkedIn, both of which I was barely active on. Even then with using social media, I was anonymous because I was anonymous with my blog.

It’s interesting that many people have a business and are social offline, but aren’t social on social media (For me, it’s the opposite – it must be the introvert in me, but I prefer one on one interactions vs large networking events). It is so easy to go down that rabbit hole of scrolling and thinking everyone’s life is better than yours (Yes, I have been there many times before). But you have to understand that we share what we want to share.

Ask yourself before you post something on social media:

Would this resonate with my audience?

Will there be any possible repercussions?

Your Business’ Reputation Is At Stake

Social media can be scary in that you need to be careful with what you say and post, but ask yourself this, will it help your reputation or will it potentially damage it?

It takes 20 years to build a reputation and five minutes to ruin it. If you think about that, you’ll do things differently. –Warren Buffett

When referring to social media, it will take even less than five minutes to ruin it.

Well, actually it can be ruined instantly.

But think about what COULD happen if you were more social on social media? If anything, you should look at what your competitors are doing/ sharing and the fact that they are constantly sharing stuff, so why aren’t you? Many products, events, businesses, services are found through social media. 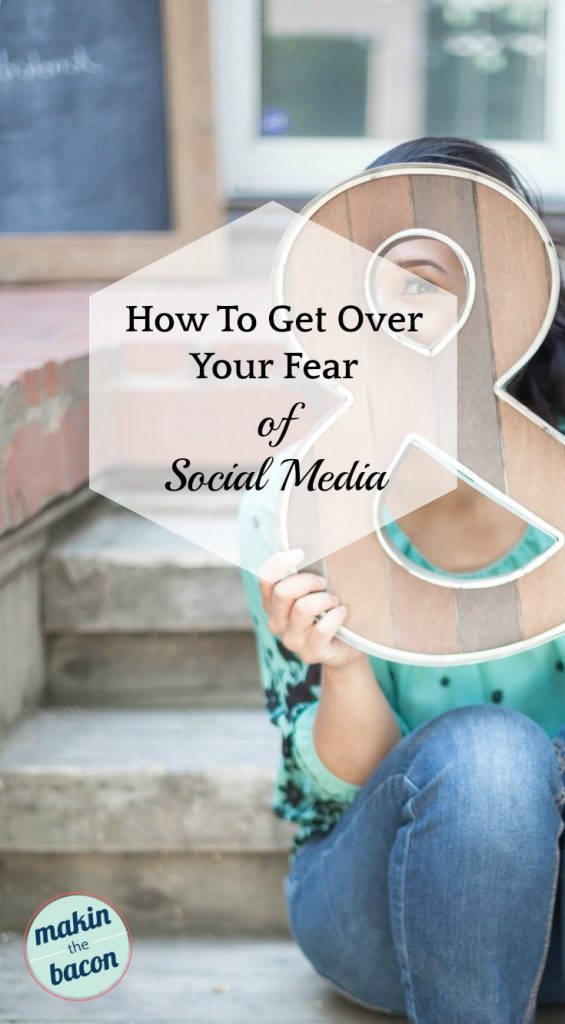 Repeat After Me: Social Media Is NOT a Waste of Time

When I say engaging with them, I’m referring to posting comments that don’t sound like something from a bot or a slew of emojis. “Great post” doesn’t cut it.

Taking It One Step At A Time

Having a fear of something often comes from fear of the unknown. I believe that the first step in getting over your fear is recognizing the many benefits it can have for your business.

The second step is taking the time to educate yourself on what platforms may be best suited for your business either through research on the internet (although this can possibly lead into another rabbit hole and then paralysis analysis), workshops, consulting services and courses. I strongly believe in social media education. There are so many platforms and there is a strategy for each of them. Updates and features are constantly being added. Algorithms are always changing.  Features of 3rd-party tools that are used in conjunction with the platforms themselves are constantly changing.

One has no choice (especially those who provide it as a service for other business owners), but to educate themselves on an ongoing basis. I recently attended Social Media Camp in Victoria, B.C beginning of last month and will be attending Social Media Week in LA next week. With anything that seems daunting at first, once you start to learn more about it and break it down into bite-sized pieces, you’ll realize that hey this is not so bad.

The third thing is to ignore all the bad stuff that you see on social media and focus more on the good. Yes, there is actually a lot of positive stuff on social media. Don’t be afraid to be part of the conversation. You may have some interesting insight and be able to help someone with your products and/or services!

Do you have a fear of social media?

If you need help getting over that fear, feel free to contact me.