I’ll be the first one to admit it and I know a lot of other people will to.

I’m not a tech type person.

He should be a programmer. He should be working at a startup. He’s the one who has that technical intuition. Not me. His only excuse is that he’s a slow typer, whereas I type like a maniac. I took keyboarding  in high school and was the fastest typer in class. People at work comment on how fast I can type.

Yet I’m the one who’s interested in it. It had always been a not so immediate goal of mine to take courses/learn more about web development and design. I was considering taking courses at the local college in class or online. I eventually stumbled upon something called the HTML 500, which is an all-day event that teaches 500 people how to code for FREE. I  didn’t get in, but that didn’t stop my curiosity about coding.

Prior to the birth of this blog I always had this  idea in my head that I could never become a coder, why should I code, coding is too hard, etc etc. Having my own site  helped sparked an interest in coding and web design.

Now that the six week part-time course has come to an end, I have a little bit more to add to my resume. It was intensive, fun, overwhelming, informative, interactive and frustrating all in one. I would have good days and then I would have those days where I would get error after error after error. I would have no idea what that error was for the longest time. Sometimes I would figure it out myself and realized I hadn’t declared a variable or was missing a closing bracket somewhere. Other times the problem would be a lot BIGGER and I would need help. 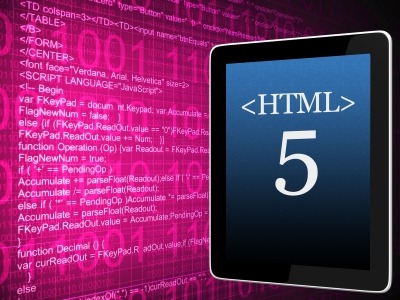 There are so many different programming languages out there and I found it to be like learning a language that is considered hard to learn such as Russian or Mandarin. The syntax is different for each. A comma in one language will represent something completely different in another language

My interest in coding hasn’t gone away, but it has created more interests such as digital marketing, social media marketing and tech startups

I felt like I had an epiphany in the last couple of months and want to become part of this ongoing digital revolution.

We live in the digital age and it doesn’t seem like it will be dying anytime soon. This is nothing new and may be old news to you, but taking this coding course and talking to people made me more aware of  the abundance of tech startups in Canada. Tech startups aren’t just in Silicon Valley anymore.

With our smartphones, their apps, email, blogs, the Internet of Things, cloud-based software, online gaming, digital receipts, paying with our phones and the list goes on…each one of us is more “techie” than we lead ourselves to believe.

While I still place great value on being financial literate, I also feel digital literacy is important. When I was growing up, there was still the trackball on the computer and dial-up internet. I vaguely remember dot-matrix printers. We’ve come a long way in technology from when I was a kid and we are still raising that bar. The possibilities seem endless!

Today’s generation is digitally literate. It is crazy to see toddlers using their parents smartphones and tablets- (or iPhones and iPads if you’re an Apple groupie) and using them WELL. This makes a better argument for coding to become a mandatory part of the school curriculum. Children absorb information like a sponge, so imagine what they could do with the power of coding.

Since the course, I have done an HTML/CSS workshop with a non-profit organization who main focus is to teach ladies and girls to code (they also welcome guys too, though). I will be taking another workshop, on Ruby, another programming language, which I surprisingly enjoyed learning more than HTML and CSS the end of this month.

I will be starting a part-time course in digital marketing, so I may be MIA (or not) again for a bit, but I always come back. 🙂

I have also joined a couple of tech meetup groups to learn more and meet like-minded people. I’ve sort of lost interest now in the Money Club Idea.   Sorry! I’m allowed to change my mind, which I seem to do a lot. Especially when it comes to careers

This blog will still have personal finance content, but going forward I would like to add posts about programming and tech in general.

Oh, remember when I made that claim awhile back: I refuse to be a slave to technology? I ended up upgrading my phone, which is now the Blackberry classic because I LOVE MY PHYSICAL KEYBOARD!!!! My reasons were my other phone was slow, the screen was tiny, and I had a crappy data plan. I switched to a different provider to get a better phone and better data plan for just a little more than what I was paying already.

While I still curse the touch screen, I am quite happy with my new phone.

I still won’t be able to keep up with the amount of gadgets or apps being created and used, but I  can definitely appreciate the thought, creativity and work that goes into it.

If Jabba the Hut could program, he would use: “jabbascript”. LOL

« The Motivation Alphabet
So A Graduate Degree Isn’t For Me »