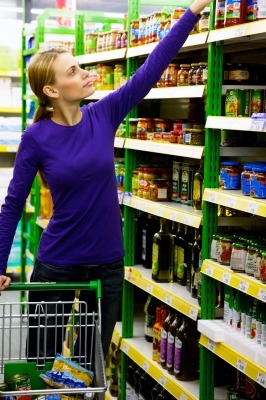 Editor’s note: The following rant is only based on one visit to Whole Foods, so it may seem one-sided and not have enough info. Unless I get a gift card for Whole Foods, I most likely won’t be going back.

The way I see it, the only way I would be able to afford to weekly grocery shopping at Whole Foods is if I drastically reduced spending in other areas of my budget.  Although the closest Whole Foods is only a quick drive from where I live, I have managed to avoid going to it for quite some time and have chosen to shop at mostly budget grocery stores (and yes, sometimes at my parents’ house. Hey, if they offer when I visit, I’m not going to say no to free food).

Based on my town being considered as an affluent place to live and the size of the houses (I definitely don’t fall in this category though), I’m not surprised that a Whole Foods Market exists here. Also, known as “Whole Paycheck”, because of its much higher food prices, Whole Foods puts the emphasis on high quality, freshness, responsibly grown/responsibly raised, organic, etc.  Maybe not so much with the lower-end budget grocery stores, but I feel that the mid-range priced grocery stores also put the same emphasis on those aspects of food.

While they do have a variety of products that you may not necessarily find in other stores, I’ve noticed they also sell the same brands of food and get some of their produce from the same grower as other grocery stores, but decided to sell it for several dollars more. They would probably look at me with great disdain if I asked to do a price match. Stores such as walmart price match. Not only that, but you can combine a price match and use walmart.ca coupons together to save even more money.

It’s definitely not the best place to get the most bang for your buck in terms of staying on a budget with groceries.

I will grudgingly admit though that food from their salad bar and hot food sections is delicious. It’s like a restaurant with great tasting food. However, with their prices, it seems like a tip is already included in the cost.

As you know there is a high-end and a low-end for pretty much everything we pay for: clothes, cars, houses, restaurants, hotels, etc. So why should it be any different with groceries?  I feel like Whole Foods misleads people to believe that you need to be willing to pay the price for the quality of the food. Initially I thought the grocery store was only meant for wealthy people, but really anyone can shop there.  The  organic trend has been become so big that all major grocery stores have an organic and health foods section of produce and non-perishable foods at more affordable prices.  Some grocery stores even have their own generic brand of organic and health foods.

Healthy food isn’t and shouldn’t be a luxury. It should be affordable and accessible to all people. We personal finance bloggers know that you can easily eat healthy on a budget.  A fantastic example of this is the Grocery Game Challenge created by Canadian Budget Binder.

I know the easiest thing to do would be to just not shop there because I know what prices of most foods should be and how to budget for groceries.  I guess I’m just annoyed with the fact that people are willing to spend a huge amount of money on groceries on a certain store just because they consider it to be “better” or “better for you” when you can clearly get the same stuff elsewhere for cheaper.  Just like that iconic Starbucks coffee cup, or Lululemon yoga pant, perhaps it is also a status thing to shop at Whole Foods.

Do you regularly shop at Whole Foods? Why or why not?

« Grocery Shopping Online: Saving you time, but not necessarily money
Bringing Your Own Snacks To Events »