It’s that time of year again. It’s “RRSP season” at the banks and with that season comes the usual litany of articles, essays and posts about one of the great debates of personal finance. Which is the better product for retirement savings, an RRSP or a TFSA? Let’s take a look. 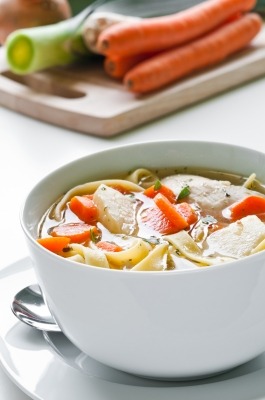 First up and this is important. The decision to be committed to a consistent, on-going savings plan and following through on that commitment by, you know, regularly saving (wealthing!) some of your money is vastly more important than the decision about which registered product you put your saving dollars into. Discussing which is better, an RRSP or a TFSA, when you’re not saving is kinda like discussing whether a treadmill or an elliptical is a better cardio workout for you…when you never visit a gym. If you’re not saving…start. If you are saving, try to save a little more.

Having got that off my chest, both RRSPs and TFSAs are awesome products that allow you to sock away some money and that money gets to grow tax-free for as long as it remains inside.

First, we have Registered Retirement Saving Plans. Any money you contribute to an RRSP is deducted from your taxable income, which means you end up paying less income tax that year. Once inside the RRSP your money grows tax-free with the help of time and compound interest. Remember though, you still have to pay tax on the money when you withdraw it later in life. There are limits on how much they will allow you to contribute to your RRSP each year. You may not contribute more than 18% of the past year’s income, less pension adjustment, up to a maximum amount which is adjusted every year.[1]

A Tax Free Savings Account works a little differently than an RRSP. TFSAs do not provide any tax relief when you contribute to them. Just like in your RRSP, your money grows tax-free while it’s inside your TFSA, however, with a TFSA you do not have to pay any tax when you take the money out. There are also limits to how much you can contribute to your TFSA each year and in totality. The limit has been $5,000 a year since TFSAs were introduced. For the 2013 and 2014 tax years, the contribution limit was raised to $5,500 a year. (There are rumours that the feds will be raising this limit later this year.)

So which is better? We’re back to the treadmill vs elliptical argument. Once you do commit to going to the gym, you have to admit they’re both pretty good workouts. So are both of the financial products and for most Canadians there is very little discernable difference in what the two products can provide over the long term.

A caveat. A TFSA can be the better option for lower income earners. An RRSP can only offer modest tax savings for those with a lower income and when the money is withdrawn from the RRSP in retirement you could be in a higher tax bracket than you were when you put the money in, and thus you would have to pay more tax. Alternately, if a lower income earner chooses a TFSA they have already paid the tax on the money they contribute, presumably at a lower tax rate. When they withdraw the money later in a higher tax bracket, they don’t have to pay any tax on it at all. Therefore, in real-dollar tax savings, it’s possible that the TFSA can offer more for low income earners. But (there’s always a but) you won’t realize those tax savings until later in life and most people would still need to top up their retirement savings with an RRSP as the contributions limits are usually lesser for a TFSA. As well, because withdrawals are tax-free in a TFSA, it can be too tempting to dip into them early. Not a good thing!

Which brings us back to that commitment stuff I was starting about earlier. Whichever product (or combination of products) you choose it is important that you understand that these savings are for later in life and that you are disciplined enough not to negate your efforts by tapping into those savings early. Taking money out of your retirement savings for any reason kinda defeats the purpose of saving for your retirement. Keep your stinking paws off your money, (you damned dirty ape!) until you retire.

« Investment Coaching: Catering to the DIY Investor
Some Tidbits from My 2nd Investing Course Part I »