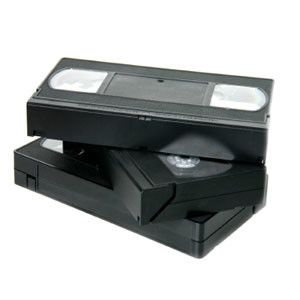 Once Upon a Time, There Was a Form of Media Called the Video Tape

I’d like to take two trips down memory lane. The first one involves renting videos from the video rental store. I remember going to the convenience store near my parents’ house and asking them if I could rent cartoon movies. A long, long time ago there were these devices called video tapes. In a way, they were similar to cassette tapes, but bigger and you had to press buttons to rewind and fast forward through the movie. Who could ever forget that message on the case: PLS BE KIND and REWIND.  You wouldn’t want the next renter to press play only to find out they have to rewind the entire thing (which at the time, seemed like an eternity).

New releases were always exciting and sometimes disappointing if all of the copies of the one new movie you wanted to watch were out. The rental period for old movies was a week, whereas new releases were 2-3 days.  One video rental store we went to even served popcorn.

Then Along Came the DVD

Then this fancy thing called digital video disc came out, which could be compared to a compact disc, the same way a cassette tape was compared to a video tape. It held movies. The awesome thing about DVDs was that rather that rewinding and fast forwarding to get to a certain scene, you could select a scene from the menu using your remote control. There were even additional features such as watching it in a different language,  director commentary and behind the scenes of filming the movie. Of course, the quality of the movie was much better too.

Soon video rental stores replaced their video cassettes with DVDs. Out with the old, in with the new or “new for now”.

I can’t pinpoint the exact year, but I think downloading movies off the internet became mainstream after DVDs. Soon people were able to get copies of the latest movies for free and watch them on their laptop.  Everyone was (and still is) burning movies  onto discs or adding them to their external hard drive.

People Will Still Pay for Movies

Just like how the cell phone became ubiquitous and the pay phone became almost extinct, downloading speed on the internet improved and movie rental stores became extinct. However, I have seen a vending machine in the grocery store where you can rent movies on DVD. I’ve also seen Blu-ray discs available for rental at my local convenience store.

As crazy as this may sound, people who buy movies  still exist.

So why bother going to the movies anymore? I certainly don’t. At least not as much as I used to. With their expensive admission prices and overpriced snacks, how do movie theaters still manage to survive? My guess is that there are still enough people willing to pay for that movie theater experience.  People like going out and seeing it on the big screen. It gets them out of the house and gives them something to do.

The published written word may be considered the oldest form of media. With the exception of the e-reader and audio books, the general format of books has managed to stay the same for hundreds, if not thousands of years. It still has its own place amongst all the other media moguls who have recently emerged.

Stay tuned for part 2: the other trip down the other memory lane

« I Refuse To Be a Slave to Technology
Songs About Money :Music Makes Money and Vice Versa »