The following post is a guest post by George Do, owner of Wired Investors, a resource for people who want to learn more about investing in websites. In a past life, George was an interest rates exotic trader at a bank. Nowadays, he spends most of his time in coffee shops browsing reddit whilst trying to get work done.

Getting a good ROI is tough in the current environment. Bond yields are lower than ever, stock valuations are above historical averages, and real estate prices across the country have mostly recovered from the lows that we saw during the financial crisis.

So, what is an investor to do?

Well, while some of these investment ideas may not be advisable (please, do your own due diligence if you’re interested in any of them), there are actually plenty of places where you can put your money outside of the traditional asset classes.

Here are 6 lesser known alternative investments that you might want to look into in this tough investment climate:

Did you know that BuzzFeed made over $100 million in revenue last year? While it’s unknown exactly how profitable the site is, chances are the profits are significant given that it was valued at $850 million based on the latest round of funding.

While it’s unlikely that you can invest in BuzzFeed itself (unless you have a spare $50 million lying around), there are actual plenty of opportunities to invest in websites on the smaller scale. Gone are the days when tech enthusiasts would put up websites just to increase the pool of knowledge available online – nowadays, chances are that the vast majority of the websites that you visit are geared towards making money.

Have you ever searched for a review of a certain product that you were thinking about buying? The site that you visited probably made money when you clicked through to Amazon and bought the product. Websites can make money in a variety of ways – advertising, affiliate offers, services, e-commerce, etc. – and the returns can actually be quite good (on the most well-known website broker, Empire Flippers, websites sell for about 20x monthly earnings, which translates to an annual yield of about 60%).

Be careful though – while there are certainly many profitable websites out there, the market for digital assets is more or less unregulated, so many of the sites that you see on marketplaces like Flippa could be fraudulent.

If you want to learn more about investing in websites, WiredInvestors is a great resource that covers most of the basics like due diligence, valuation, and website maintenance.

Rather than receiving a paltry 3% (or whatever your current bank rate is) from your savings account, you might want to consider lending money directly to other people through a peer-to-peer lending platform.

While this may sound risky, the default rates on these platforms are actually less than you might expect. Interest rates from the safest tier of borrowers tends to be around 5%, and can go up to as high as 25% in some cases.

In recent years, it appears institutional money has been flooding into the market, so it may not be as easy as it once was to actually loan money to the people who you want to.

Still, there are a huge number of peer-to-peer lending platforms out there – while the large sites deal with loans of all kinds, there are P2P lending sites that focus on specific niches – student loans, small business loans – there is even one platform that makes loans specifically to eco-friendly projects.

While the platforms are too numerous to list here, the largest and most well-known P2P lending sites are Prosper and The Lending Club.

It’s important to keep in mind that P2P lending is similar to any other debt – when the economy is doing poorly, default rates tend to spike up, so

There are also a variety of resources where you can learn more about P2P lending. The Lending Memo is one such site – they cover a lot of ground and if you’re interested in learning more, it’s a good place to start.

You’ve all heard stories about people who’ve bought some junk at a yard sale that turned out to be worth hundreds of thousands, or even millions of dollars. While these types of situations are pretty rare, it is possible to invest in collectibles and make decent returns.

Collectibles can be anything from comic books and magic cards to fine wines or even vintage cars. Here is a small sample of collectibles that you can potentially invest in: 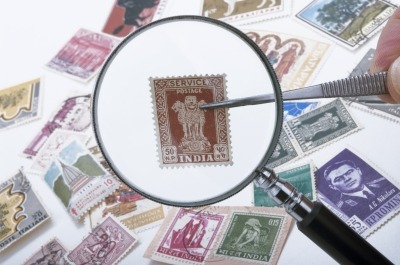 Successful investment in collectibles tends to garner a lot of attention in the press because it makes for a good story, so you should keep in mind that there are probably many failed attempts at investing in collectibles that you’re not hearing about.

Still, investing in rare items can be a lot of fun, especially if the items you invest in relate to a hobby that you already have.  While it’s definitely not advisable to reorient your entire portfolio towards collectibles, perhaps you can set aside a small portion of your portfolio for this unusual class of assets. Who knows? You might even end up a millionaire.

Are you a theatre lover who also has a big chunk of change sitting in your bank account that you’re dying to throw away? If so, then investing in Broadway might pique your interest. That’s right – for the not-so-low-cost of about $25,000, you can purchase shares in a Broadway show and get a shot at being a part of theatre history.

While four out of five Broadway shows lose money, if you manage to invest in a hit show, the returns can be mind-boggling, especially if a show becomes a hit and the rights get picked up for a movie adaptation. Big hits like Phantom of the Opera, The Lion King, Les Miserables, and Wicked have made great returns for their original investors – for example Wicked has been returning 100% a year for its original investors since 2003.

Unfortunately (or fortunately, since you’re likely to lose money anyways), investing in Broadway is very much a game for the wealthy – you either have to earn $200K (or $300K jointly with your spouse), or have a net worth of over $1 million to be allowed to invest in a show.

If you’re lucky enough to be in that kind of tax bracket, investing in a Broadway show is a great way to feel like you’re doing something creative, meet minor celebrities, and lose a bunch of money.

Learn more about investing in Broadway at The Producer’s Perspective.

We move from theatre to athletics – the investment world really does have something for everyone. On Fantex, an investment platform, you can buy ‘tracking stocks’ in athletes and receive a % share of their future earnings. This apparently includes all earnings both on and off of the field, and this agreement supposedly continues ‘in perpetuity’. Fantex makes a deal with a player, and then tries to raise the money from investors. Once the money is raised, a lump sum is paid to the athlete and the agreement in set.

Right now, all the athletes that have signed up with Fantex are NFL players, but for those of you who aren’t (American) football fans, don’t worry – the platform plans to expand to other sports, and perhaps even celebrities like actors and singers at some point. 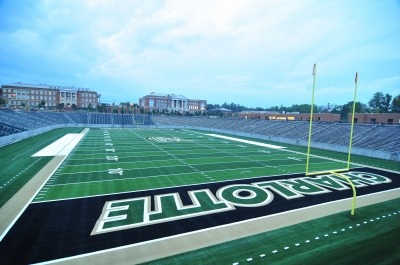 I wouldn’t take out your metaphorical checkbook just yet though – it seems that the press almost universally regarded this with skepticism when it launched about a year ago (Writers from The Atlantic, Yahoo, and WaPo seem to agree). There are also legal issues with the way that Fantex is set up that might make you hesitate.

Still, if you’re sensible about the amount of money you actually put in (read: it should be a very small amount), it might give you an excuse to spend more time watching your favorite sport.

Yes. This is another investment that feeds on the average person’s desire to be a part of the pop culture zeitgeist. Basically, when you invest in royalties, what you’re doing is buying a share of a piece of intellectual property – and % money that is made in the form of royalties in the future is then paid to you. The model shares similarities with the way that mining projects raise money (here’s a pretty good primer on royalties in general).

Right now, most non-mining royalty investing relates to music – and there are a variety of ways that a piece of music can generate income. While I won’t delve into specifics, we will highlight a few things:

There are funds that you can invest in that work specifically in this asset class – or if you want to go a more direct route, you can also purchase a % of a copyrighted work at Royalty Exchange.

The good thing about investing in royalties is that the returns probably don’t correlate that closely with the broader economy or more traditional asset classes, so it may be a reasonably good way to diversify your portfolio.

If you want to learn a bit more about investing in music and other royalties, Royalty Insider covers music royalties as well as more traditional royalties from mining projects.

In case you're wondering what's been going on with